Loncat ke konten
Beranda Olah Raga The Historical Record of Michael Jordan
Michael Jordan determinedly emerging from the vice-like defense of the Bad Boys Detroit Pistons is the perfect photo to recapture the essence of his career. Emerging from the fiery trial of battling Detroit, Jordan captured six NBA titles. Before that emergence he was simply another in a long wave of surefire talents, but not necessarily among the handful of all-time legends.
Looking back it seems absurd that Jordan never was considered among the handful of all-time legends, but in 1990, Jordans career was incomplete and his true status unknown. In his first six seasons, Jordan had won four scoring titles, an MVP award, and a Defensive Player of the Year award. The Bulls as a team, though, had suffered three below-.500 seasons and only one campaign over 50 wins.
But in 1990 they had pushed the Detroit Pistons to a decisive seventh game. In that do-or-die contest, Jordan rose to the occasion with 31 points, nine assists, and eight rebounds. But the Bulls were demolished by 19 points. That defeat marked the third straight year Chicago lost to Detroit. And Jordans nine assists in that game were stunning given that his teammates shot a woeful 15-for-63 from the field. 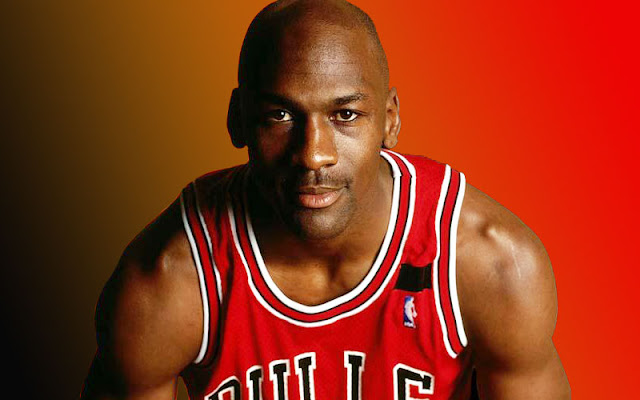 And, yet, from our retrospective vantage point, this Herculean effort for naught is generally forgotten. Torching Portland, deceiving Phoenix, flummoxing Utah, searing Seattle, and steamrolling Los Angeles are what we now remember. What made this possible was Jordans own maturation from a man throwing down 37 points a game to a more measured offensive approach that buttressed his teammates.
And teammates that were capable of reciprocating the effort. Without the talents of Scottie Pippen, Horace Grant, Dennis Rodman, Toni Kukoc, and others, Jordan could have been a frightening force but not the generation-defining player he became.
Its not just that Jordan ultimately won the number of championships, MVPs, and scoring titles he did. Its how he acquired his legendary haul. His gargantuan hands made him one of the strongest defenders on the perimeter and finishers at the rim basketball has ever seen. His agility, footwork, and flair permanently branded a bevvy of highlight plays into our collective memory. A marketing machine unlike any ever seen in sports made sure of that.
Unfairly, numerous NBA legends are labeled as failures for their inability to capture a title. Michael Jordans championship run of the 1990s safely rescued him from that ignominy. However, its not that far-fetched that year-after-year he could have had efforts like Game 7 in 1990 that made him personally look great for the moment, but sully his overall career in the eyes of the general basketball public. It took not just the individual talent, but the team concept to fully unfurl and let fly the reign of Air Jordan.
But even if he never won an MVP or a championship, MJ was a player to remember right from the very beginning Accolades