Loncat ke konten
Beranda Olah Raga The historical record of Elvin Hayes
Oh sure, three other players have played more minutes than that, but none have played exactly 50,000 minutes like Elvin. That kind of monumental memorability was something typical of Hayes career. As a college standout at the University of Houston, Hayes helped defeat the juggernaut UCLA Bruins led by Kareem Abdul-Jabbar in the Game of the Century played in the Astrodome (which was the worlds 8th Wonder at the time).
As a rookie, Hayes led the NBA in points per game with a sterling 28.4 starring for the San Diego Rockets. The next season he led the league in rebounds with a sizzling 16.9 per game. That same year he led the league in minutes played per game with an exhausting 44.7.
However, the Rockets were a dud on the court. They made one playoff appearance, which was in Elvins rookie season. A move to Houston in time for the 1971-72 season didnt help. Hayes feuded with his coaches and the Rockets were sick of their disgruntled star center. 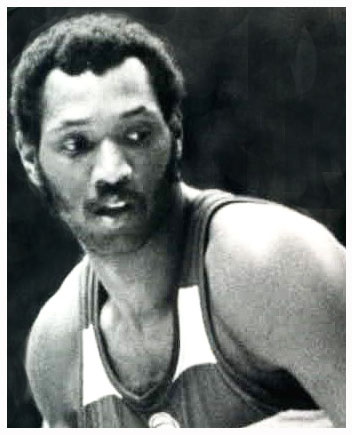 Born: November 17, 1945
Position: Power Forward and Center
Professional Career:
San Diego Rockets (NBA): 1968-71
Houston Rockets (NBA): 1971-72; 1981-84
Baltimore Bullets (NBA): 1972-73
Capital Bullets (NBA): 1973-74
Washington Bullets (NBA): 1975-81 Elvin Hayes (celtic-nation.com)
The Big E is the only player in NBA history to have played 50,000 minutes.
Hayes was traded to the Baltimore (soon-to-be-Washington) Bullets in the 1972 off-season and found much greater success. Formerly a center, the Big E slid now slid to power forward beside Wes Unseld. Hayes was the shot-blocking protector of air space around the basket, while Unseld was the rock that clogged the physical space of the defensive lane. Hayes was quick, Unseld immovable. They complemented each other perfectly and the Bullets were off flying high like Hayes dunking on the break
The two stars propelled Washington to three Finals appearances in the decade (1975, 1978, 1979) and captured the 1978 NBA title after the additions of forward Bobby Dandridge and outstanding coach Dick Motta. All the while, Hayes continued to rack up the prodigious stats thanks to his lathe-like frame, his proficient mid-range jump shot, and his shot-blocking ability.
He wasnt the most efficient player around, but theres something to be said for a player who can produce. And from 1969 to 1980, the Big E was producing. He averaged 23.6 points, 14.2 rebounds, 2.4 blocks, and 1.2 steals in this stretch. His field goal percentage nestled in at 45% and his free throws at 67%. Again, not the most efficient player, but efficiency is just but one measure of a man. Hayes in this same 12-year stretch averaged 42 minutes a game and missed only six games.
Give him immense credit for those marks of health and longevity. At age 36 in the 1981-82, he started all 82 games for the Houston Rockets (he was traded back to the Rockets in 1981) and played 37 minutes a night doing so. Only Wilt Chamberlain at that same age played more minutes than Hayes mustered.
Upon his retirement in 1984, after that second-stint with the Rockets, the Big E ranked third all-time in points, rebounds, and blocks. And of course his minutes played were the most at that time. So were his games played.
These prodigious stats certainly dont mean Elvin was perfect or without fault. His shooting percentage was a bit low for a power forward. His free throw percentage a tad woeful. But these nitpicks are just that, nitpicks.
Hes one of the handful of truly great power forwards in the games history even if we tend to forget that fact.
Read also: Clyde Drexler Pro Hoops History