Loncat ke konten
Beranda Biography Theodore Roosevelt Biography
Theodore Roosevelt Biography – Theodore Roosevelt was one President who has headed the United States during the two periods. He was the 26th President of power. Theodore Roosevelt was born in New York City on October 27, 1958.
He was a descendant of the wealthy. His father was a descendant of Count Netherlands who settled in New York in the year 1640, while his mother was a descendant of the nobility originating from Georgia.
When Theodore Roosevelt was a child is a child who often experience a sickly, even he was suffering from asthma. Roosevelt is a small figure of a shy person who was fond of reading natural history. But, he is also a child who excelled in the field by the sport because of the disease.
Roosevelt’s childhood education was educated by private tutors. However, when teenage he was educated in a rigorous physical training program in order to build back the health of his body.
The result of the daily workout at the Gymnasium, Roosevelt grew into a strong and healthy private. So in the year 1876 he was able to get into Harvard College. While studying there he studied a variety of subjects, including language Germany, natural history, zoology, forensics, and composition. After graduating from Harvard College, he went on to Columbia Law School.
Roosevelt had two wives, the first wife named Alice Hathaway Lee, came from Massachusetts. From the marriage with Alice, he has a son named Alice Lee. But Alice died in conjunction with the death of the mother of Roosevelt on February 14, 1884.
After that, in the year 1886 Roosevelt remarried to a woman named Edith Kermit Carow. From this marriage From a wedding by having five children, namely: Theodore, Kermit, Ethel, Archibald, and Quentin.
Roosevelt’s career before becoming a President can be said to be good. In addition to run of his career, he was also active in writing the book. Roosevelt book published reaching 25 books, among others, include textbooks including history, biology, geography and philosophy. He has also published books of biography and autobiography.
When starting a career in politics, Roosevelt jumped into one of the existing parties in the United States that is the Republican party. His interest in politics led him to some position, among other things:

Offices reached the Roosevelt turns out to be delivered to a Chair as a President of the United States. The Office obtained because he succeeded the position of the previous President, William McKinley killed due to being shot by a terrorist.

The lifting of the United States as President Roosevelt the 26th he was crowned as the youngest President, as President at the age of 42 years. As a President he will hold for two periods, namely since September 14, 1901 until March 4, 1909.
In the reign of Roosevelt’s first period (1901-1905) he does not have a Vice President. Whereas, in the second term (1905-1909), he was a Vice President named Charles Warren Fairbanks. In the conduct of his administration, Roosevelt set several policies in the fields of politics, economics, law, and the environment.
After completion of the live out his days in the world of politics Roosevelt preferred to live his life. Until on January 6, 1919 he was inducted in the Long Island Estate, Sagamore Hill, because disease coronary emboli.
At the end of his life, he received the award thanks to his services when before serving as President until a President in the United States.

Once we know how Theodore Roosevelt Biography, let us now see the political journey of Roosevelt in the United States is quite brilliant. His political career started in 1990 when she was running for Vice President with William McKinley.

Both of them have won the vote of the election, and the Presidency of the United States advanced into the seats. A shooting incident in 1901 which resulted in McKinley was killed raised the name of Roosevelt as the youngest President in the United States. He also became President of the 26th.

In 1904, the way Roosevelt became President of the more wide open. At the elections of 1904, Roosevelt competes with Parker from the Democratic Party United States presidential chair in that time. The Democratic Party attacked Roosevelt as saying to himself as spasmodic, erratic, sensational, spectacular, and arbitrary. 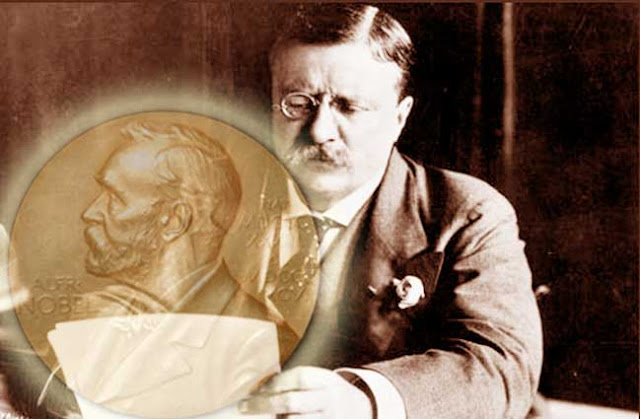 While Roosevelt started the campaign from the terrace of his house with the carrying values of the noble nation will. In campaigning, he received help from some United States businessmen, such as Edward h. Harriman, Henry c. Frick, and J.P. Morgan.

Although they support the Democratic Party, the Democratic movement is considered potentially radical. That’s why they thus helped Roosevelt in campaigning.

Thanks to the support of American capitalists and a vigorous campaign, Roosevelt finally won the election in 1904. Roosevelt was ever proud to ber Selo ROH that he is no longer the wretched regarding politics. He also declared himself as the servant of the people.

Any actions must be by the will of the people is good and, unless prohibited by law and the Constitution. According to Roosevelt, himself never took power, and he only extended the use of executive power.

Discuss the journeys life Roosevelt for Vice President and the President may be interesting if his political policies of described. It is very closely related because that was the system that brought Roosevelt become a Nobel Peace Laureate.

While serving as the President’s successor in 1901 after the death of McKinley in a shooting incident, Roosevelt did a resounding step by ensuring social justice and economic opportunity through government regulation.

Roosevelt very clever won the hearts of the people and the officials by declaring that he will continue the program so that people are not disappointed, McKinley. He also set up the business and protect the well-being of the community. He gave attention to railroads, given the Interstate Commerce Commission has been notified about a violation of administration in the industry.

He was also lucky with the promulgation of the Elkins Act in 1903 which ended the practice of administrative violations by the railway company.

However, the Elkins Act then considered ineffective and replaced by the Hepburn Act set about increasing the power of the Interstate Commerce Commission to include its ability to regulate railroad shipping rates.

However, this gets the constraints from the senators who opposed the Hepburn Act. Roosevelt eventually down directly by pressing the Senate to approve the legislation. Roosevelt’s efforts were not in vain, as the Senate finally passed the bill. And this success is considered the biggest victory of Roosevelt in his political career.

Roosevelt continued to refresh their policies by forming the Department of Forestry in 1905 and raised Gifford Pinchot as his head. Under the direction of land, it provides for common interests and major irrigation projects.

These efforts resulted in positive results demonstrated by the rise in the reserve forests from 43 million to 194 million acres. As follow-ups, he signed the legislation for the establishment of five national parks, namely:

Then, in 1906, he founded the four national monuments, namely:

During his presidency, he has been recorded making 18 national monument Act.

Domestic policies applied Roosevelt provide enough significant influence on the United States society for a lifetime. The administration of Roosevelt as a servant of the people deemed to have had a significant impact on the State and the nation, although the gap is there. But regardless of the weaknesses or shortcomings, Roosevelt had given a favorable State policy of United States.

As President of the country of Uncle Sam, Roosevelt is not great in the crate. He was active in politics abroad. Foreign policy and that’s what took him as a Nobel Peace Laureate. He is considered to have great Nani for world peace.

Foreign policy Roosevelt especially related to Spain-American war took place in 1898. At that time, Spain ceded the Philippines, Puerto Rico, and Guam to the United States. Meanwhile, the United States established a protectorate over Cuba and annexed Hawaii.

In order to give legitimacy to the world, Roosevelt took steps to make global power. He believes that the export of American values and ideals will have the effect of glorifying in the world. He is also very famous with his diplomatic speech, i.e. “speak softly and carry a big stick”, as well as the statement that a Chief Executive must be willing to use force.

Roosevelt attempted to assemble a strong defense and reliable for the United States to avoid conflict with the enemy who might prey upon the weak at the moment. He followed in the footsteps of McKinley in ending the relative isolation that has dominated the United States since the mid-1800 ‘s, act aggressively in Foreign Affairs, even often without support or approval from Congress.

Roosevelt also also issued a policy on the establishment of the Panama Canal. For years, the leaders of the United States Navy has dreamed of building a section between the Atlantic and Pacific oceans Samudara through Central America.

During the war with Spain, the American ships in the Pacific had to steam around the tip of South America in the two-month trip to join the fleet.

Roosevelt was renowned as a conciliator. Russia-Japan war raged and the victory many were on the side of Japan, Roosevelt approached the two countries such as mediation to conduct peace negotiations. Although Russia and Japan were initially refused his offer that, eventually both received the “good” Roosevelt to help negotiate a peace.

The meeting between the two countries, Russia and Japan in 1905 in Portsmounth, New Hampshire. For his role of mediator of this, Roosevelt won the Nobel Peace Prize and was the first President of the United States are doing it.

In addition, Roosevelt also mediate disputes between France and Germany over the Division of Morocco. The resolution of this dispute occurred in 1906 in Algeciras, Spain.