Loncat ke konten
Beranda History The Hot - Air Balloon History
Before the Wright brothers, there were the Montgolfier brothers and they had the idea of flight a hundred years earlier. And before you had the airplane, the flight tool of choice was the hot air balloon, invented by the Parisian siblings in the 1700’s.
The Montgolfier brothers, Joseph and Étienne, had opposing personalities. One lived on ideals and invention, while Étienne represented the practical and business-minded. Though their father left the family business in the hands of their elder brother Raymond, the latter passed away not before long and Étienne took over with much success, based on relentless technology implementation and public acclaim and recognition. 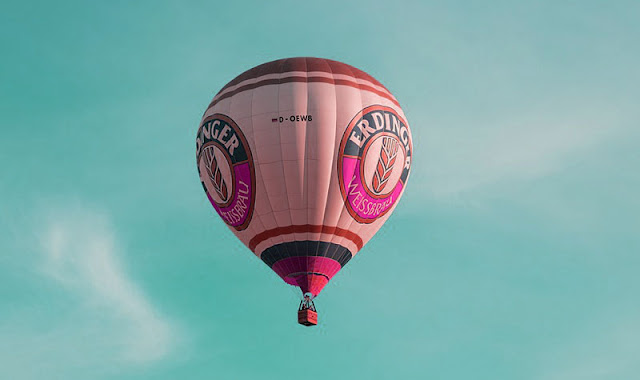 The hot air balloon was said to be Joseph’s idea, dreamt up while observing drying laundry over fire. The hot air pockets that collected under the wet cloth led him to wonder if troops carried by aircrafts founded on such an observation, could bring down the fortress of Gibraltar. Joseph’s mental tinkering did not end there, as he proceeded to build his first balloon based on a lightweight wooden box covered with taffeta. When he simulated hot air from an underlying piece of burning paper, the device rose into the ceiling. This excited Joseph so much that he prompted Étienne to come over with more taffeta and rope.
What resulted next was a squarish three metre balloon that saw incredibly positive results from a sophomore experiment. The balloon sped into the air on its debut test flight on December 1782 and crashed in a field two kilometres away. This eventually led to numerous public demonstrations of their invention, including one for French dignitaries in June 1783, which saw the balloon soaring to 2,000 metres. This revelation proceeded to sweep across France.
Next on the agenda were attempts to create the first manned hot air balloon. The lack of scientific knowledge of the atmosphere raised questions of its suitability for human life in its upper reaches. Criminals were suggested as test subjects, but the brothers settled on using animals.
The first flight with a live being was tested in September 1783, when the Montgolfier brothers floated a basket with a sheep, duck and rooster to over 450 metres and across 3 kilometres, before seeing it crash due to a lack of sufficient compensation for the additional weight.
Having established the rarefied atmosphere as relatively safe for human consumption, the Montgolfier brothers embarked on designs for a human manned hot air balloon. Original designs featured ground tethered balloons, but November saw the first untethered hot air balloon flight, with a doctor and army officer as its voluntary passengers. The two men manned the balloon for 25 minutes at heights of 100 metres and traveled 9 kilometres before ending the flight due to the balloon cloth starting to burn. The flight ended since they had to prevent the cloth from burning and landed in a field.
The Montgolfier brothers did face competition from inventors who attempted to use the newly discovered element of hydrogen to power balloons. It was a discovery that eventually pushed hot air balloons to the backbench as a form of flight technology.
Despite this, hot air balloons continue to exist in modern times. Its original design first met with an update by Ed Yost in 1960, when he lined the balloon with plastic and used kerosene burners. Yost even made several successful jaunts in his balloon such as that of over the English Channel. He failed in his bid to cross the Atlantic (although someone else eventually did with the same design), but Yost’s balloon continued to achieve many records for flight time and distance.
The modern day hot air balloon now feature rip-stop nylon and propane burners, which has greatly improved its safety aspect. While a far cry from its humble beginnings of taffeta and raw fire, the hot air balloons continue to astound with its longevity in the face of its more illustrious technologically advanced flight cousins.

Read also: The History of the Airplane