Loncat ke konten
Beranda History History of Aircraft Circa 1930
One of the most important things in the history of mankind is the history of flight.  It is responsible for the globalization of the world that we enjoy today.  However, the history of commercial flight didn’t enjoy the success in 1920 s and 1930’s that it enjoys today especially 1930’s when commercial flights really started was a hectic time, full of confusion and failures.
In the end of 1920’s and in the beginning of 1930’s commercial flights were very rare and almost non existent.  The reason for that was the fact that the flights were not safe and they were extremely uncomfortable.  Especially the planes would get very cold and because the planes flew at low altitudes, they would be privy to all sorts of weather patterns like snow, rain, hail, and cold winds.  It would get very scary and very uncomfortable in a plane at that time. 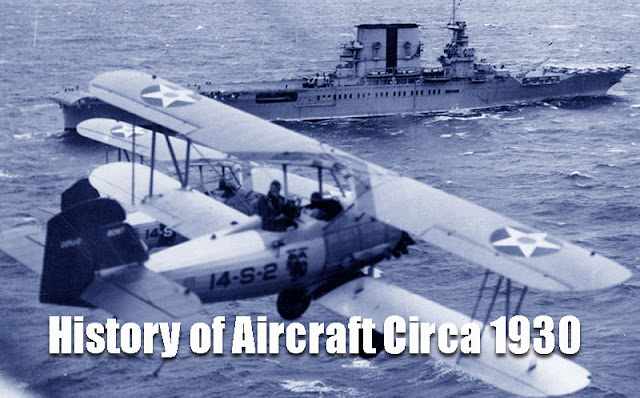 In addition, because the insulation technology that we enjoy today didn’t exist at the time, the sounds in the planes could get unbearable at times due to high creaking and groaning from the powerful vibrations that shook the plane when the engines were working.  In addition, it was a very unsafe procedure to fly and many accidents or at the least malfunctions occurred at the time of take offs and landings.  In short, it was the Dark Ages for commercial flights.
Thus although there was a lot of expectations for a commercial flight; the technology and the budgets at the time just were not enough.  As a response to this situation many governments like the British Government and the American Government quickly realized that they would need to subsidize the flight sector, if they needed some advancements.  As a result, governments started to pay money to the flight sector for the performance of special tasks.
These tasks included such flight like postal flights to deliver the mail, instead of sea courier, transportation of troops and equipment for military purposes, purchasing of aircrafts for governmental use and similar tasks to subsidize the flight sector.
Very soon, the effects of the flight subsidies started to show effect as the flight sector was getting better and better toward the 1930’s. It even started to show small profits near the decade of the 1930’s.  However, it will be safe to say that the real boom of the flight sector occurred in the Second World War.
Although it was a dark time in the world’s history, with the technological advancements at the aeronautical race between the Germans and the Americans, big milestones were achieved in the history of flight. It can even be safely said that the flight history of the Second World War was responsible for even the Space Age with the advent of the V2 Rockets.
However, even at the beginnings of World War II in 1938, flight technology was being used for aggressive means besides transport.  National Advisory Committee for Aeronautics (NACA) was in the stance of sharing all flight information with the world so that peace can be achieved and this technology can be used for peaceful purposes.
However, the Germans and the Japanese were already using the technology to further their means for war and the peace efforts of NACA were fruitless.  But still it can be said that with the combined military efforts along with the commercial efforts like the Transatlantic Flights; the history of flight was on its way to a successful boom.