Loncat ke konten
Beranda History Europe Spreads Its Wings
In 1906, Octave Chanute highlighted the speed at which the rest of the aviation industry, particularly Europe, was snapping at the Wright Brothers’ heels. Danish J.C.H. Ellehammer achieved a 140-feet circular hop on a craft attached to a central pole, while Voison and Louis Blériot successfully flew their own glider creations. Ironically, an American, Samuel F. Cody, flew the first aircraft in England with his own British Army Aeroplane No. 1. Romanian Trajan Vuia maneuvered his carbolic acid motor-powered monoplane over multiple short hops and Leon Levavasseur invented the two “Antoinette” engines with 24 and 50 horsepower, which would be the key components of early European airplanes.
The Wright Brothers recognized this and initiated discussions with aviation enthusiasts, one of which was a New Yorker, Glenn H. Curtiss. Working under Alexander Graham Bell as an engine-builder in the Aerial Experiment Association, Curtiss’s first meeting with the Wright Brothers in 1906 was the first of many more to come. 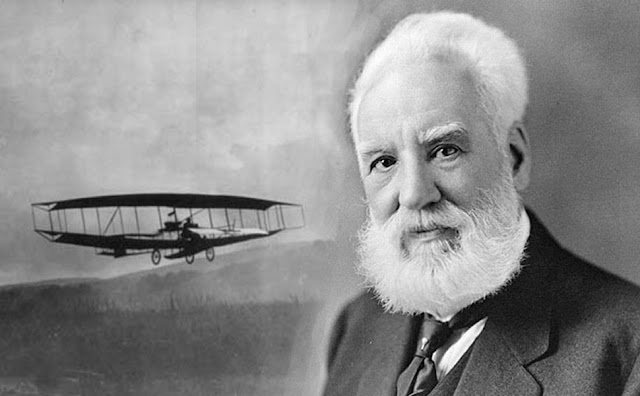 The American aviation industry continued to acknowledge the brothers’ achievements, such as the Aero Club of America’s resolution splashed across many newspapers. The scientific community also got in on the act, with Scientific American eating their earlier anti-Wrights words and declaring them worthy of the highest honor in creating the first successful aircraft.
Yet, before the Wright Brothers’ obtained Patent Number 821,393 for a Flying Machine from the U.S. Patent Office on May 23, 1906, and forever changed the course of the aviation industry, they would face little results, much opposition, and ridicule from Europe despite their achievements.
Deals with the British military, which was keen on the Flyer III, and the French War Ministry, were aborted over refusals to perform flight demonstrations and the planes’ prices. The Europeans were quick to put down the Wright Brothers and continued to call their bluff, questioning the legibility of their flight claims. The New York Herald in Paris even went as far as to imply that the pair was liars and had not shown any evidence of an aircraft that could fly.
The European aviation community encouraged invention and progress through various rewards put up by rich enthusiasts, most of which were from France. These included:
The French-based Brazilian, Alberto Santos-Dumont, became the darling of the European aviation community. The creator of the Demoiselle prototyped in November 1907 and history’s first ultra-light airplane molded from bamboo, Santos-Dumont won the Grand Prix d’Aviation with a flight round the Eiffel Tower in 1901. It was a visit to the St. Louis Exposition in the United States where the gifted engineer began his fascination with flight, after witnessing demonstrations of Chanute’s gliders. Early experiments included curiously built motorized dirigibles which he guided over Paris’ rooftops.
However, it was Santos-Dumont’s 14-bis (“14 encore”) that first propelled him into the European limelight in 1906. The Airship No. 14 was as much a curious sight to behold and n unconventional aircraft. It was with a 50-horsepowered 14-bis that Santos-Dumont flew 198 feet – a feat which bagged him the Archdeacon trophy on October 23. He next secured the 1,500 franc reward from the Aéro-Club with a 726-feet flight on November 12.
By then, the 14-bis had seen a further manifestation with ailerons. It was a design which had become impractical, but no one cared in Europe. Santos-Dumont had attempted – and succeeded – in flying in public, and it made the French proud. Santos-Dumont is commonly regarded as the first man to pilot a self-propelled, heavier-than-air aircraft.
However, at the end of the day, the Wright Brothers had the last word. The Europeans cheered Santos-Dumont. But Santos-Dumont’s record-breaking ideas were rooted in the brothers’ theories and inventions. This was revealed in Alexander Graham Bell’s interview with the New York Herald’s Paris edition. While it not only attributed the Wright Brothers’ contribution to aeronautics, it eventually became a key factor in their successful patent award in 1906 with a little help from their greatest detractors – Europe.