Loncat ke konten
Beranda Olah Raga The Historical Record of Bill Russell
Bill Russell is the greatest winner in NBA history. 11 titles in 13 years. The Arabic numerals surrounded by Latin letters dont lie. But to simply call Russell the greatest winner in NBA history actually downplays his role in the NBAs history.
One can be a great winner by merely surveying the current landscape and using tried and true methods to traverse it. Bill Russell surveyed the basketball landscape but instead of doing the tried and true, he conceived of something new. He dared to control an entire basketball game through defense and rebounding.
To be sure, by 1956 thered been many great rebounders and defenders in basketballs history, but Russell changed the game. He blocked shots that previously were unblockable. He did so by combining a nearly unparalleled vertical leap with gazelle-like speed and a frightening psychological acumen. 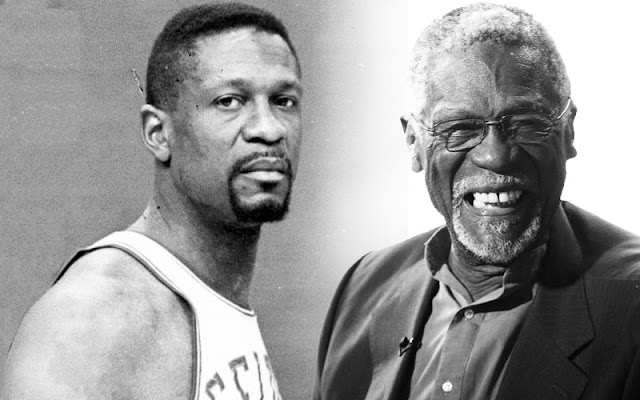 Hed allow you to make a shot and then block another to show that he was in control of the situation. The points you got were at the mercy of Mr. Russells grace, not because of anything you actually earned.
He fundamentally altered how defense was played in the paint. It became a ferocious, aggressive tool to dominate the opposition.His iron-fisted control of the paint allowed for the perimeter defense to continuously gamble because even if they failed, they knew Russell would prevent a complete breach.
But for all of his revolutionary defense, Russells offensive game remains under-rated. His free throw shooting started out bad and remained that way, but his field goal percentage was actually on par with that of his contemporaries. A career 44% shooter isnt fantastic today, but it was good enough for 28th all-time when he retired in 1969.
His offensive power wasnt in scoring bunches of points, though. It came through his ability to pass and create opportunities for his teammates. He was 6th in total assists and 13th in APG in all-time ranks upon his farewell from the NBA.
His other offensive authority was in dunking. He would dunk on alley oops. He would dunk offensive rebounds in. He would dunk on fast breaks.  In 1956, the man was one of the first NBA players, and the best to that point, to use the dunk as a primary offensive weapon.
And looking at his performances in playoff Game 7s, you can tell the man was absolute in his resolve to win. In the 1957 Finals he had 19 points and 32 rebounds. In the 1960 Finals he had 22 points and 35 rebounds. In the 1962 Finals he had 30 points and 40 rebounds. In the 1966 Finals 25 points and 32 rebounds.
So, yes, Bill Russell is the greatest winner but more importantly he achieved that title through defensive and athletic revolution. The Celtics teams he won titles with in 1957 and 1969 had nothing in common beyond himself. However, Russells ego wasnt fueled by personal success. And he absolutely had an ego.
What fueled his sense of pride and success in basketball was team success and whether he was making his teammates better. That sense of the collective created an atmosphere where all players on the Celtics sublimated certain individual skills and talents for the greater good.
But all of that seems tame and quaint in comparison to Russells biggest impact on basketball. He forced basketball fans and media to confront a highly-ideological and intelligent man who was black. Russell inserted himself front and center in battles against racism and struggles for civil rights. When he became Bostons player-coach in 1966, he was the first black coach in any major pro sports league.
His career and life are the truest testaments that sport is quite often, if not always, politics by other means. As great a basketball player as he was, Russell demanded that you judge him as a man first and foremost. As a man, he deserves our praise for his tireless insistence on civil rights. As a basketball player, he deserves our praise not solely for his individual skills recalled here, but also for his insistence that he was not successful unless his team was successful.
Worthy principles for basketball and for life.Years Played: 1956  1969 Boston Celtics Accolades NBA