Loncat ke konten
Beranda History A Plan for Britain
History of Britain, A Plan for Britain. On Christmas Day 1066, Duke William of Normandy was crowned King of England in Westminster Abbey. A few hours of bitter fighting near Hastings had given him a new kingdom. They had not, however, rewarded him with the devotion and obedience of his new subjects. The Saxons had been overpowered and they were angry. Given the smallest opportunity, they would rise up and attempt to win back the land.
For his part, William was not content with England alone. There was Scotland to the north and Wales to the west. He wanted them as well. 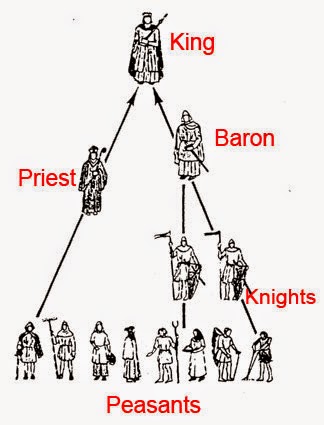 To govern his new realm, William allotted large estates to the two hundred barons who had come with him for NOrmandy. But he was crafty. To prevent them from banding together against him, he scattered their estates all over the country. Nor did he give them land. He leased it to them in return for certain services. They had to raise troops when he needed them. They had to come to court whenever he bad them. If he had a problem, they had to advise him.

This was to so-called feudal system. Each baron ruled his little empire (or manor as it was called). He kept as much of the land as he needed for himself, and distributed the rest to his knights. In return, they recruited the men and arms to meet the king’s requirements.
The knights broke up their slices of land into even smaller units, which they leased to serfs. In return for scraps of soil, these men had to supply their masters with free labour; to serve as soldiers when ordered; to pledge their loyalty and obedience.
A serf could not even marry his daughter to a man in another manor without first getting his master’s permission.
Life for the knights and barons was good in Norman England. For others, especially the Saxons, it was atrocious. Suppose, for example, a Noeman was murdered. If the killer was not caught, the citizens of the town where the crime occurred were fined. But if the victim turned out to be Saxon, no penelaty was demanded.
The Saxons were taxed, tormented and treated as second class citizens. Inevitably, there were minor rebellions – and, just as inevitably, they were brutally put down.
But Scotland and Wales had yet to be conquered. In 1072, William marched his armies north on a brilliant campaign. When they reached the river Tay. they found ships of the fleet waiting for them. Malcolm, the Scottish king, surrendered. He declared himself William’s man. He even handed over his eldest son, Duncan, as hostage.
Seven years later, Malcolm seems to have forgotten his promise. He marched his troops south – burning and pillaging – and reached the Tyne before being turned back. In 1093, on another expedition into England, he was killed. His Queen died of a broken heart. Duncan, the son who had been surrendered all those years ago, was allowed to return to Scotland as king. In view of his father’s conduct, Duncan was lucky to be alive.
The invasion of Wales was more gradual. The Norman earls and their forces advanced slowly up the Wye valley, and from bases at Shrewsbury and Chester. Gradually, bit by bit, they nibbled away – until the Welsh were driven into the hills.
As in England, the Normans built castles wherever they went. Towns such as Cardiff, Swansea and Newport grew from communities at the foot of the castle walls.
One of the last Saxons to hold out against William was Hereward the Wake – so named from his connection with the Wake family in Lincolnshire. He operated in the vicinity of the Isle of Ely, where the marshes made it dificult for the Normans to manoeuvre large forces. Sometimes, he took shelter in the island’s monastery.
During one foray, when his men were surrounded, Hereward escaped. Later, however, he was captured. But by this time, William had become so impressed by his courage, that he granted his a pardon.
By the time William died in 1087, the conquest was complete. They only part of the British Isles that had not submitted to the Normans was Ireland. Wisely, no doubt, the Conqueror never tried to send troops across the Irish Sea.
All the land belonged to William I. It was estimated that he kept one-quarter of it for his own use; leased two-fifths of it to the barons; and gave the remainder to the Chruch. Inj spite of his ruthlessness, William was a devout Christian. He provided large sums for the building of churches and cathedrals. His bishops had considerable power – acting, in many ways, like barons.
None the less, in church matters, as in everything else, he was in complete control. No bishop was allowed to visit Rome without his permission, nor, indeed, to write to the Pope. If the Pope sent any instructions to his elergy in England, they could not be carried out without William’s permission.
Cancerning the lands he kept for his own use, William took a particular interest in the forests. They were admirable for hunting, and the New Forest in Hampshire was declared a royal game reserve. Everything within it belonged to the king. It was much an offence to gather wood for the fire as it was to poach deer. The penalty for either might be the chopping off of a hand.

Read the next article : The Domesday Book