Loncat ke konten
Beranda History The History of Great Airships
The history of the airship was often filled with 2 main technical issues – that of the combustible nature of its buoyancy agent, hydrogen, and its fragile structure. At the same time, they were essential in ensure the airship could float, travel light and maintain reasonable speeds, yet be able to withstand wind and rain.
Engineers sought to resolve these challenges by first resorting to helium as a hydrogen alternative. However, the natural supply and prohibitive cost in the 1920s hardly justified its commercial usage, which sometimes resulted in costs of $300,000 per airship. Despite measures taken by the government to alleviate this by 1925 where prices per cubic foot dropped to a penny, helium was still a costly substitute. 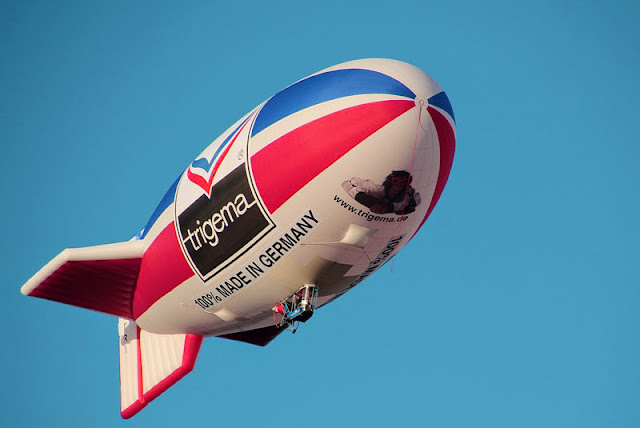 In comparison, being at the mercy of the elements, the structural nature of dirigibles created more problems between 1919 and 1937. The horrifying Hindenburg disaster put it all into perspective, even though the tragedy was traced to an explosion resulting from highly inflammable paint layered on the dirigible.
With the close of World War I, six Zeppelins, including the L49, were captured by the Allied Forces. They also featured the L72 which was constructed originally to bomb New York City. The Allied nations proceeded to duplicate the Germans’ dirigible blueprint in creating several record-breaking airships. They became so brazen that advice from German pilot Ernst Lehmann to establish landing bases to avoid airship accidents were ignored and ridiculed.
What followed was an incredible number of airships which met with untimely ends. The English ZR-2 had to be taken apart, resulting in wasted resources on the new Lakehurst, New Jersey hangar. Hypocrisy was also rampant, with the British refusing permission for the Germans to cross the Atlantic in their L72, but doing the same themselves in a copycat airship, the R-34.
In the midst of some high-profile dirigible accidents, the U.S. Navy Chief of the Bureau of Aeronautics, Admiral William A. Moffet stubbornly supported airships and attempted to qualify its program and human casualties by learning through the mistakes of the ZR-2. Yet airship pilots were often taken to task to cover up for the lack of substantial answers from airship accidents.
Moffet continued to be in denial as high profile deaths such as Richard Byrd were narrowly avoided during the ZR-2 mishap, as was on the Roma when it was driven into high voltage lines by a sudden down-draft. More disasters followed as the C-2, then the largest airship in U.S. Army history, blew up while leaving its hangar on October 1922. A French maneuvered L-72, the Dixmude, was destroyed by harsh elements flying to Africa in 1923, and ended up wrecked in the Mediterranean.
Finally heeding Lehmann’s advice, the U.S. stopped short of destroying the Lake Constance and Friedrichshafen Zeppelin factories and hangars. The Goodyear-Zeppelin Corporation was soon formed in 1923, to tap into German expertise and discovery of the alloy duralumin in the creation of new airships such as the U.S. ZR-1 and ZR-3 in 1924.  These 2 dirigibles turned to helium as the buoyancy agent, although the still prohibitive cost of the element saw the airships sharing its use and alternated flights.
The ZR-1 Shenandoah flew across the western states in several test landings on moorings and airfields. The Los Angeles ZR-3 was to follow up with a promotion of commercial airship travel, but once again, it encountered technical issues and the Shenandoah took its place instead, when tragedy struck.
Zachary Lansdowne, then the Shenandoah’s commander, highlighted the ship’s shortcomings in dealing with the Midwest line squalls and thunderstorms but was ignored. On September 3, 1925, a storm struck down the dirigible in Ohio, which resulted in 14 deaths, including Lansdowne.
The survivors had landed safely whilst holding on for their lives on gas supplies they had earlier been tasked to retrieve. This sad incident forced Brigadier General Billy Mitchell to criticize the Navy’s airship program, and support for airships visibly dropped with the release of the disaster’s photos which garnered widespread public disgust and sympathy for its victims.
This did not deter the Naval Court of Inquiry from pronouncing a verdict which put the blame squarely on the shoulders of Lansdowne, based partly on statements under duress by Lieutenant Rosendahl (a survivor of the accident) from Moffett, and despite testimonials from Lansdowne’s widow that highlighted his misgivings. Following the incident, Congress proceeded to give the go-ahead for three new replacements for the Shenandoah. Ironically, only one, the ZMC-2, still remained in use come World War II, as airships began to fade into history’s pages as a viable flight tool of choice.