Loncat ke konten
Beranda History Flight efforts during the 19th and 20th centuries
The first person to plan and build a practical manned glider that can fly over long distances, is a German engineer named Otto Lilienthal.  Studying aerodynamics, on 1891 he concentrated his efforts on building a glider that can fly.
Otto Lilienthal was captivated by the thought that one day there would be manned flying machines.  On 1889, he published a book on aerodynamics.  This book was conceptualized from his studies of birds in flight.  The Wright Brothers later on referred to this book to build their successful aircraft.
Otto Lilienthal died tragically in a plane crash.  Strong winds made him lose control of the craft causing it to crash back to earth.  This happened after his 2,500th flight. 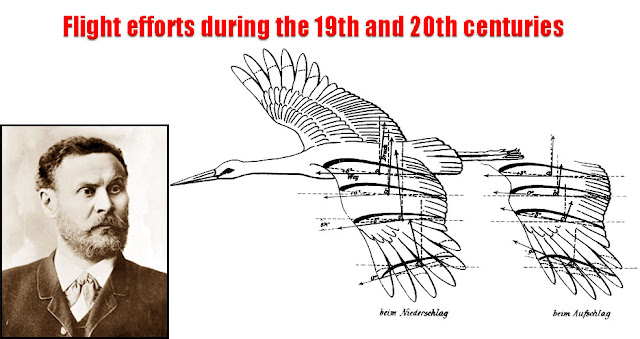 Another milestone in flight history is on 1891, when the aerodrome flew to nearly a mile after exhausting its fuel.  The aerodrome’s inventor is Samuel Langley.  He is a physicist and astronomer; he recognized that power was needed in man’s quest for flight. This was his greatest contribution to flight, putting up a power plant to a glider.  His experiments with whirling arms and steam powered engine resulted in a plane model he called aerodrome.
Langley received a grant of $50,000, which was purposely given for creating a full sized aerodrome.  This plane crashed because it was too heavy.  Langley gave up his dreams of flight because of this disappointment.  Langley was a director of the Smithsonian institute in Washington, D. C.
On 1894, Engineer Octave Chanute invented the Herring – Chanute biplane.  The biplane the Wright brothers built was based on this aircraft.   Inspired by Otto Lilienthal, inventing airplanes became Octave Chanute’s hobby.
Chanute collected all technical information about aviation accomplishments and its pioneers all over the world.  This information was made into a book entitled “Progress in Flying Machines,” this was published in 1894.  Many experiments of the Wright Brothers were based on this book.  Chanute even came to know the Wright Brothers and encouraged their progress.
Orville and Wilbur Wright were standing on the shoulders of the aviation pioneers.  They spent a few years studying the pioneers work and development with regards flight.  They read books and other materials written on the topic.  Next was challenging their theories on balloons and kites.  They learned relationships of wind with surface and flight.  Experiments followed using different shapes for gliders and how to control their flight.
To test the different wing shapes and tails it was placed inside a wind tunnel.  Tests were also done in the North Carolina Outer Banks dunes; this is where they discovered the most promising glider shape.  When this happened, they focused their attention to designing an engine and mechanism to launch and put the glider to flight.
On December 17, 1903 at Kitty Hawk, the “Flyer” was recorded the first heavier-than–air flight plane and Orville Wright as the first man to fly the plane.  It launched from ground level and flew all the way to north of Big Kill Devil Hill in twelve seconds, covering a distance of one hundred twenty feet.  The Flyer totaled six hundred and five pounds.
Dreams of human flight now came true.  Development of more advanced airplanes was seen during the next century.  These planes were developed for various purposes like transporting people, cargo, the military, and their weapons.
All the advances in aviation on the 20th century were based on this first flight at Kitty Hawk according to Wilbur and Orville Wright.