Loncat ke konten
Beranda History Black Power History
In the history of African Americans in this country, there have been some tremendous movements and images that seem to capture the mood of the country and the black community at that time.  And this one phrase “black power” is without a doubt one of the most simple and elegant statements of pride and unity in the black community. But it was also a phrase that came to represent the more violent and objectionable side of the struggle for equality in the black community.  And that makes it a controversial phrase then and now.
Probably the greatest image of black power is the strong hand of a black man, clenched in a black glove and raised in the air in defiance and pride. Never has that salute been used so perfectly as it was at the 1968 Olympics when Tommy Smith and John Carlos raised the black power fist complete with black glove as they received their medals for their performances at those Olympic Games. 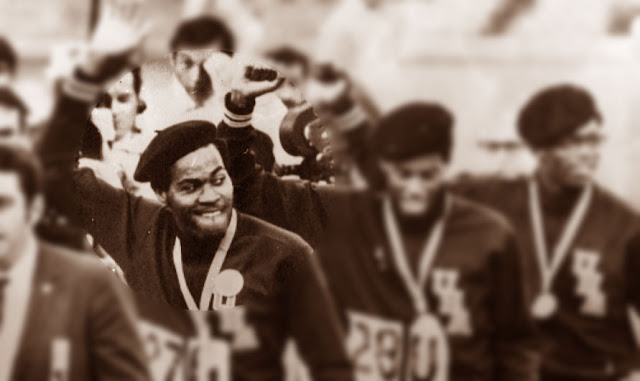 The phrase “black power” was not coined in a march or riot as might be implied.  It was actually created by Robert Williams, the head of the NAACP in the early sixties. But it really started becoming a “street term” when it was adopted by Makasa Dada and Stokely Carmichael, founders of The Student Nonviolent Coordinating Committee which was the precursor to the famous Black Panther Party.
Sadly the black power movement became characterized by radical elements that went much further than seeking the goals of Martin Luther King and the rest of the civil rights movement’s leadership.  These radical elements sought black separation and social change by violent means. And so in a time when there was tremendous turmoil in the country because of the violence in Vietnam and on the streets of America because of that social strife, The Black Panthers and other fringe groups sewed fear and hatred in response to racism which at times made it more difficult to achieve long lasting change.
But there is good to be seen even in some of the darker elements of black history and the leadership who looked to find the best way forward for African Americans.  Sometimes it is necessary for the radical elements to make themselves known so reasonable members of a community can know the outer limits and find compromise. This was a value to the black power movement because it did charge the discussion, albeit with violence and made the importance of reasonable Americans to come together to seek peaceful change all the more important.
But there is another good that came from the black power movement.  Those images of the raised fist were images of a pride and a willingness to stand up for the rights of black Americans. They inspired a generation of young people to become more politically active, to stand up in their own world and make that statement made famous by James Brown “Say it Loud.  I’m Black and I’m Proud.”
That pride is an important thing and for young people to find. They have to find it in their communities and in their heroes. So if black youth took pride and courage to face their own circumstances from the bold stance of leaders who, albeit radically, said loud that black America was now going to be a force to be reckoned with, the resultant call to action to the black community produced many more positive effects than negative ones.
The fringe voice does speak what is in people’s hearts and by getting that anger and frustration out, it became part of the movement. That energy could be captured and used for good instead of evil.  And the end result was a movement that was energized for change and to make life better for all of black America.  And that was what everybody wanted.
Post Views: 15