Loncat ke konten
Beranda History Transfer From National Fire Service (NFS)
Transfer From National Fire Service (NFS) – In 1947 the Central Fire Brigade’s Advisory Council (CFBAC) made recommendations in an interim report for the transfer of members of the National Fire Service to Fire Brigades. This was the start of the formation of what was to become the Cheshire County Fire Brigade Department.
At that time the full-time strength of the National Fire Service in England and Wales was 23,500. There were also 18,000 part-time personnel, including a small number of women. It was recognised that these numbers were likely to prove too small for future requirements.
Cheshire County Fire Department was formed on the first day of April, 1948 after a period of nationalisation spanning six and a half years.
Shortages
A plea was made to Fire Brigades from His Majesty’s Stationery Office when disposing of NFS documents to save pins, tags, paperclips and file covers which were in very short supply. Severe problems also arose in finding suitable housing for the firemen and firewomen and their families. This continued into the next decade. 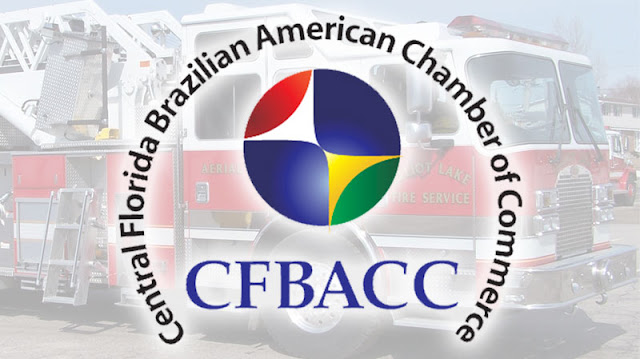 First Chief Officer of Cheshire Appointed
The Chief Officer, Arthur Boulton, was appointed in September 1947 following short-listing and an intensive interview at County Hall, Westminster Brigade, London. Chief Officer Boulton prepared an Establishment Scheme after an extensive survey as required by the Fire Services Act, which was submitted to the 17 District Councils of Cheshire. He officially took the post of the first Chief Fire Officer on 1 March 1948. The Fire Brigade Committee approved the purchase of Stretton Greenfield Lane, Hoole, Chester, for Ł5,000 as the residence of the Chief Fire Officer of Cheshire.
New Headquarters
In November 1947 a recommendation was made to the Estate and Works Committee held in Crewe that Hampton House (later to be re-named Walmoor House) was to be purchased at a price the Chairman may approve. However, Chester County Borough Council objected to Hampton House being used as a Headquarters on the grounds that it should only be occupied as a residential dwelling.
The Clerk of the County Council was instructed to appeal to the Minister of Health. It was not until August 1948 following a public enquiry, instituted by the Ministry of Town and County Planning, that approval was given to occupy Hampton House and a Compulsory Purchase Order submitted for use for Fire Brigade purposes.
Brigade Strength
In 1948 the actual strength of the Brigade was 335 and included 242 firemen and 7 firewomen. The vehicle fleet containing some 146 ‘vehicles’ included self-propelled pumps, hose laying lorries, wheelbarrow pumps and motor cycles. In addition, 33 miles of hose was available.
Operational Layout of Brigade in 1948
There were, within the Administrative County, 29 Fire Stations, 18 manned by full-time personnel with support of part-time retained personnel and 11 manned exclusively by part-time retained personnel. The layout included 5 Districts which were reduced to four in 1951.
New Era of Communications
Telephone links on private wires were established in the Brigade between :
In the 1949 Annual Report, comment was made that only 179 out of the required 230 bells in the retained Firefighters houses had been fitted. Because of the situation with retained alerting bells, the Chief Officer was forced to sanction the use of air raid sirens to alert Firefighters. The situation improved in the early 50’s.

Mutual Aid
Mutual aid arrangements with neighbouring Brigades proved highly satisfactory during 1948/49. Cheshire assisted its neighbours on 130 occasions and was given assistance on 210 occasions.

Training School Established
A new training school was established at the ‘most modern’ station at Heswall which the Home Office approved for the purpose of training members of Brigades of all Authorities. The memorable first recruits course commenced on 1 June 1948. Thirty-seven recruits were trained for Cheshire and 10 for neighbouring Brigades. It was at this time too that the Institution of Fire Engineers was set up both locally and as a North West Branch.
Benevolent Fund Established
In accordance with the Constitution of the Fire Service Benevolent Fund, which was started in 1943 to relieve hardship and distress suffered by members of the Service and their dependents. Cheshire County, along with the City of Chester Brigade, became a local area for the Fund. It went on to achieve a number of record contributions to this Fund.
Fire Calls and Outstanding Incidents
In its first year the Brigade responded to 1505 calls, including serious mill, ships, oil refineries and forest fires. The Chief Officer said: “Many fires could have been avoided with ordinary precautions. It is regrettable to note the number of fires still caused by the practice of throwing petroleum on to domestic fires to revive them. Evidence emphasises that there is urgent need to educate the public on all matters appertaining to fire prevention and develop a spirit of fire consciousness”.
First Official Scrutiny of Brigade
In August 1949 Mr P Booth OBE, HMI, officially inspected the Brigade and said : “I am satisfied with the efficient operation and organisation”. In addition the Home Office Engineering Inspector, Mr F Shirling BSc (Eng), AMI, MechE and Mr P Kelley MBE, Home Office Technical Advisor on Water Supplies, visited the Brigade.

Read also: Flight efforts during the 19th and 20th centuries