Loncat ke konten
Beranda History The Ultimate Guide to GALILEI, GALILEO
The Ultimate Guide to GALILEI, GALILEO, the creator of experimental science, was born at Pisa, on the 15th of February, 1564. He belonged to a Florentine family, more ancient than opulent. Galileo, by desire of his father, exclusively directed his early studies to medicine, and the prevailing Aristotelian philosophy, the dogmas of which he soon ventured to disbelieve and despise. At the age of eighteen he made one of his most important discoveries.
Happening one day to observe in the Cathedral at Pisa, the oscillation of a lamp casually set in motion, Galileo was struck with the apparent measured regularity of its vibrations; and having tested the correctness of this observation by the beat of his own pulse with the action of the pendulum, he concluded that by means of this equality of oscillation a simple pendulum might become an invaluable agent in the exact measurement of time. 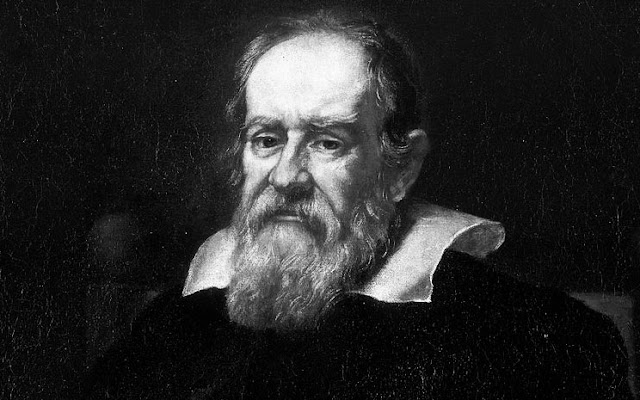 This discovery he subsequently utilized in the successful application of the pendulum in constructing a clock for astronomical purposes. The first of Galileo’s geometric investigations was the invention of a hydrostatic balance, by which the specific gravity of solid bodies might be ascertained with the greatest nicety.
In 1589, the fame of Galileo’s extraordinary learning having reached the Grand Duke of Tuscany, this enlightened prince appointed him professor of mathematics in the University of Pisa, where he covertly inculcated many of those great innovations to physical science, which have since added such luster to his memory.
About this period he turned his attention to the then very imperfectly comprehended laws of bodies in motion; and in opposition to all received systems, propounded the novel theorem that all falling bodies, great and small, descend with equal velocity. This soon led him to the discovery of “the three laws of motion,” and the law regulating the motion of falling bodies.
This theory of falling bodies was proved correct by several experiments, greatly to the chagrin of the Aristotelians, whose enmity to Galileo grew now more decided. In consequence he deemed it prudent to relinquish his chair at Pisa, and retired to Padua, where he accepted the offer of the Venetian senate to lecture on mathematics in the university for the space of six years.
During his sojourn at Padua, his course of lectures enjoyed extraordinary popularity; crowds of pupils flocked to hear him from all parts of Europe; and he was the first to adapt the Italian idiom to philosophical instruction.
Among the various and noble discoveries with which he enriched science, may be noticed a type of thermometer, a proportional compass or sector, and more important than all, the construction of the refracting telescope for astronomical investigation. In 1609, he offered his first complete telescope to the Doge of Venice, Leonardi Deodati, by whom it was tested from the tower of St. Mark, with equal surprise and delight. In the same year he constructed a microscope; and then this indefatigable interpreter of the mysteries of nature, commenced his astronomical investigations by means of his own telescope.
He speedily concluded that the moon, instead of being a self-illuminating and perfectly smooth sphere, owed her illumination to reflection, and presented an unequal surface, deeply furrowed by valleys and mountains of great extent. The Milky Way, he pronounced a track of countless separate stars; and these discoveries were crowned by a still more important series of observations, which led to the discovery of the four satellites of Jupiter, on the night of the 7th of January 161O. He also was the first to note movable spots on the disc of the sun, from which he inferred the rotation of that orb.
In 1611, he visited Rome, and was received with great distinction, being enrolled a member of the Lincei Academy: but four years later on repeating the visit, his reception was widely different, as by that time in his work on the Solar spots, he had openly advocated the Copernican system, and was in consequence denounced as the propounder of heretical views.
Hardly had the work been issued when it was given over to the jurisdiction of the Inquisition. In spite of his 70 years and heavy infirmities, Galileo was summoned to appear before the Inquisition to answer for his heresies. After a wearisome trial and incarceration, his judges condemned Galileo to abjure by oath the sublime truths of his scientific creed.
This he was weak enough to do. He was sentenced to an indefinite term of imprisonment in the Inquisition, which was soon commuted by Pope Urban, at the request of Ferdinand, the Grand Duke of Tuscany, into permission to reside at Sienna, and finally at Florence, should the prisoner’s health require the change.
In his retreat at Arcetri he continued with unflagging ardor his learned researches, even when hearing grew enfeebled and sight was extinguished. He died on the 8th of January, 1642, and was interred with ducal orders in the cathedral of Santa Croce, where a majestic monument symbolizes his great achievements.