Loncat ke konten
Beranda History The Historical Record of Pete Postlethwaite
Pete Postlethwaite was born on February 7, 1945. Hailing from Warrington, he was first a teacher before enrolling in drama school at the age of 24. He built the foundation of his acting career, as many actors do, in theatre.
His early work includes performances in repertory at the Manchester Royal Exchange, the Bristol Old Vic, and the Liverpool Everyman. He was also a member of the Royal Shakespeare Company until 1987.
He then made the transition to TV and film. His first agent insisted that he change his name. Instead, he changed his agent. His big break came in 1988 when he received acclaim for his role as the abusive father in “Distant Voices, Still Lives”. After this, became much more sought after in Hollywood, and in 1992 his performance in “In the Name of the Father” earned him an Academy Award nomination for Best Supporting Actor. 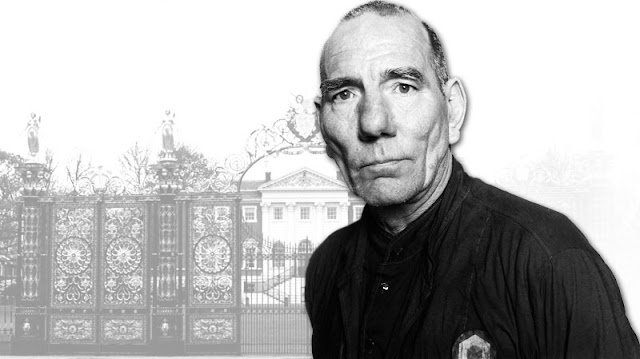 1996 and 1997 were busy years for Pete, with several roles in big budget Hollywood films, including two Steven Spielberg films, “Lost World: Jurassic Park” and “Amistad”. Even while “Lost World” was raking in money, Pete was also a hit in the smaller foreign-film theatres with his role in “Brassed Off”, a fact which truly demonstrates his impressive range and flexibility as an actor.
Peter Postlethwaite received an Oscar nomination as best supporting actor for “In the Name of the Father.”
TV credits include:
Thwum; A Day Out; The Muscle Market (BBC1, Play for Today); Watching (BBC); Coast to Coast (BBC2); Blind Justice; Tumbledown (ITV) as Major Knox; Tales of Sherwood Forest (ITV) as Rick; No27; They Never Slept; A Box of Swan; Poppylands; Needle; Zorro – The Marked Man; Boon; The Grass Arena; El CID (ITV) as Vince; The Bill; Between the Lines (BBC2, 1995) as Chief Superintendent Neil Jameson; Lovejoy; Casualty; Sin Bin (BBC2, Screen Two); Sharpe’s Company (ITV, 1996) as Obadiah Haeswell; Sharpe’s Enemy (ITV, 1996) as Obadiah Haeswell; Martin Chuzzlewit (BBC1, 1996) as Montague Tigg; Lost For Words (YTV, 1998) as Deric Longden;
Film credits include:
A Private Function; The Dressmaker; To Kill A Priest; Distant Voices, Still Lives; Treasure Island; Hamlet; A Child From The South; Split Second; Waterland; Alien3; The Last of the Mohicans (1993) as Captain Beams; In The Name of The Father (1994) as Guiseppe Conlon; A Pint o’Bitter (aka On The Line); Suite 16; The Usual Suspects; When Saturday Comes (1995); Brassed Off (1996); James and the Giant Peach; The Lost World (1997); Among Giants (1999);
Theatre credits include:
Bond’s Lear; Richard III; Henry V; Cyrano de Bergerac; The Taming of the Shrew; King Lear; Macbeth; The Fair Maid of the West; A Midsummer Night’s Dream; Every Man and His Humour.

Read also: The Historical Record of Warrington From 1847