Loncat ke konten
Beranda Olah Raga The Historical Record of Larry Kenon
Im the best all-round forward in the game, he says. If anyone takes the trouble to look, theyll see that Im the one who makes our team go. Im the most important guy out there. I love to rebound and run the ball right up the court. I was the first forward to do that. Now others are imitating me. I make cross-court passes that no one else dares, and then I follow the ball like I got it tied to a string. I play good defense, though I dont get a lot of credit for that. Look, Im not out for an argument. I say that Im the best. Anybody else has the right to say that about himself.
Dont ever say that Larry Kenon was bashful. But also dont discount his exuberant words. From 1974 to 1980, the 69 Kenon was indeed one of basketballs best forwards. During this period he was 5th among all forwards in the NBA and ABA in points scored and steals nabbed, while also placing 3rd in rebounds grabbed. His averages during this period were pretty noteworthy: 20 PPG, 10.5 RPG, 1.5 SPG, 49% FG, and 80% FT.
He burst into the ABA in the 1973-74 season with the New York Nets and his brash offensive skills made Special K an instrumental piece in the Nets title run that season. He was never shy about carving out  a piece of the offensive pie with mainstay Julius Erving leading the club. In both the regular season and postseason, he led the club in rebounding as well.
After the 1975 season, Kenon was traded to the San Antonio Spurs. Overshadowed by the more gossamer George Gervin, Kenon was nonetheless every bit of the Ice Mans equal during this period. Indeed, hed clear the glass and spark San Antonios powerful offensive assault with Gervin and James Silas. The Spurs were always in the playoffs with this core and reached the Eastern, yes Eastern, Conference Finals in 1979 where they lost in 7 games to the Washington Bullets.
That was the highwater mark for Kenons run with the Spurs. He continuously ran into contract troubles with the Spurs and by 1980 Kenon bolted for the Chicago Bulls in free agency. The move was a career death sentence. He averaged a career-low 14.1 points in 1981. Then a new career low in 1982 with 7 points. And then another new career low in 1983 with 6 points. His career petered out after that as he was waived by the Cleveland Cavaliers.
The surprisingly quick end of his career is unfortunate. In his final game with the Spurs, Kenon nailed 51 points on the Detroit Pistons. He still holds the record for most steals in an NBA game with 11 back in 1976. He was everything he bragged about himself being: a good defender, a transcendent dunker and scorer, a key indispensable cog on the Spurs and Nets of the 1970s.
However, the aura of Julius Erving and George Gervin still outshine the career and accomplishments of Larry Kenon. Special K is just one of those splendid players who gets lost in the shuffle of the long and winding history of professional basketball.Years Played: 1973  1983 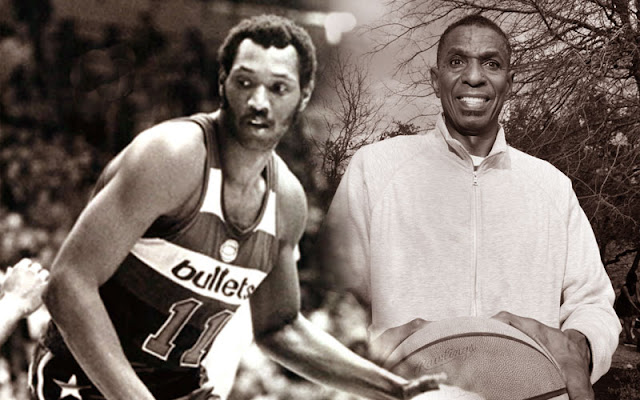