Loncat ke konten
Beranda History Lincolns Greatest Quotes and Letters
Over the course of February we discussed three of Lincolns greatest speeches: the Gettysburg Address, his Second Inaugural and the Cooper Union Address. Today we cast the net a bit wider to explore some of Lincolns greatest quotes and most amusing letters.Lincolns Quotes:
House Divided (1858). Lincoln gave a memorable speech when nominated for the Senate against arch-rival Stephen Douglas. He was accused by some as fear-mongering given the tone of the speech, and several colleagues went as far as to say the speech cost Lincoln a Senate seat. But in a short while it would prove to be prophetic.
A house divided against itself cannot stand. I believe this government cannot endure, permanently half slave and half free. I do not expect the Union to be dissolved  I do not expect the house to fall but I do expect it will cease to be divided. It will become all one thing or all the other. 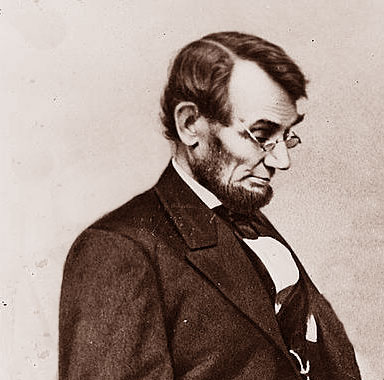 Farewell address (1861). Upon securing the White House, Lincoln made an eloquent, off-the-cuff speech to the Springfield, Illinois neighbors he was leaving behind. It does a good job to show his impressive wit (accompanying his stellar ability to compose and prepare more meaningful addresses). My friends, no one, not in my situation, can appreciate my feeling of sadness at this parting.
To this place, and the kindness of these people, I owe everything. Here I have lived a quarter of a century, and have passed from a young to an old man. Here my children have been born, and one is buried. I now leave, not knowing when, or whether ever, I may return, with a task before me greater than that which rested upon Washington.
Without the assistance of the Divine Being who ever attended him, I cannot succeed. With that assistance I cannot fail. Trusting in Him who can go with me, and remain with you, and be everywhere for good, let us confidently hope that all will yet be well. To His care commending you, as I hope in your prayers you will commend me, I bid you an affectionate farewell.
Two-Faced (1858). This quote, said during a debate with Stephen Douglas and in response to an acquisition of being two-faced, is representative of the more self-deprecative style of humor Lincoln tended to rely on later in his career.
If I really had two faces, do you think Id hide behind this one?Lincolns Writings: Letter to Mrs. Bixby (1864). Lincoln is believed to have written the following letter himself (though some debate persists as to if it was penned on his behalf by an underling). It captures Lincolns eloquence better than just about anything, especially in light of the nightmarish message he was forced to convey.
Dear Madam, I have been shown in the files of the War Department a statement of the Adjutant General of Massachusetts, that you are the mother of five sons who have died gloriously on the field of battle. I feel how weak and fruitless must be any words of mine which should attempt to beguile you from the grief of a loss so overwhelming.
But I cannot refrain from tendering to you the consolation that may be found in the thanks of the Republic they died to save. I pray that our Heavenly Father may assuage the anguish of your bereavement, and leave you only the cherished memory of the loved and lost, and the solemn pride that must be yours, to have laid so costly a sacrifice upon the altar of Freedom. Yours, very sincerely and respectfully, A. Lincoln
Factoid Alert: Actually, only two of Mrs. Bixbys sons died in battle (others were captured or deserted). Mrs. Bixby is also reported by some historians to have been a Confederate sympathizer that hated Lincoln and destroyed the letter (as it can no longer be found despite the tremendous interest in the note).
Letter to Grace Biddel (1860). On a far happier note, Lincoln once responded to the letter from a small girl from New York who had respectfully asked him to grow a beard  claiming it would help encourage women to tease their husbands into voting for the thin-faced Honest Abe. Lincoln responded slightly sarcastically, though sure enough a few months later, Lincoln had a beard. He even stopped through Graces hometown on the way to the White House to meet his young fan.
My dear little Miss. Your very agreeable letter of the 15th is receivedAs to the whiskers, having never worn any, do you not think people would call it a piece of silly affection if I were to begin it now? Your very sincere well-wisher. A. Lincoln Well clearly check in with old Abe Lincoln from time to time. But hopefully these quotes and letters can hold you off until next time!

Read also: The Destruction of the Library of Alexandria