Loncat ke konten
Beranda History History of the Modern Olympic
As part of our ongoing efforts to exploit honor the 2012 London Summer Olympics, we shared a brief history of the Ancient Greek Olympics on Tuesday.  To follow up on that newsletter, we elected to share some trivia relating to the Modern Olympiad today. Enjoy! The Ancient Greek Olympics dissolved in 393 AD.
After a millenium and a half, a Frenchman named Pierre de Coubertin succeeded in bringing them back. Pierres success came from his development of the International Olympic Committee to administer the games along with his ability to generate worldwide interest in a modern competition. Despite de Coubertins desire to hold the inaugural games in his beloved Paris, he realized Athens would serve as a more fitting host city given Greek Olympic heritage. 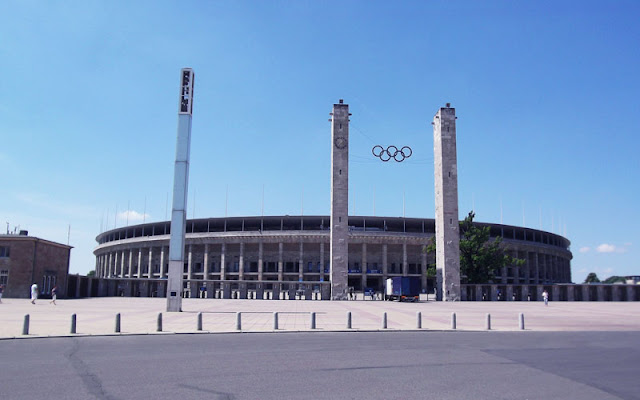 An ancient venue, Panathenaic Stadium, was restored for the first modern Olympic games in 1896. And this time the Greek government even stayed solvent after hosting the event!The Modern Olympics got off to a shaky start. After a successful debut in Athens, the subsequent games failed to capture the same magic.
The biggest problem was that the competitions stretched out for too long, and in doing so, lost the attention of fans. Up through the 1920 Antwerp games, a typical Summer Olympics would run for four or five months! On top of that, the 1916 games were cancelled due to WWI. Interestingly it would take some unique features devised for Hitlers 1936 Berlin games (e.g., the torch relay, expensive new sporting venues, new broadcasting techniques) to truly cement the Olympics as a spectator hit for good.
Well, at least as soon as the games were reinstated in 1948 after WWIIAs you may have guessed, the 1896 Olympics looked a lot different than the games do today. To get to where we are now, the competition needed to evolve dramatically. Some of the historic firsts included: Womens events: The 1900 Olympics featured the first competitions for women, in the sports of tennis and golf. Little by little, women would earn more sports to compete in through the years ahead.
Now men and women are roughly equally represented at the Olympics.Gold medals: Todays practice of awarding gold medals to victors (followed by silver and then bronze for runners-up) began during the St. Louis Olympics of 1904. Prior to that champions earned silver medals and an olive wreath.Winter games: The first Winter Olympics were held in Chamonix, France in 1924. Interestingly, winter sporting events were first added to the Summer Olympics of 1908 (figure skating was a medal competition).
But it wasnt until Chamonix that winter athletes received a dedicated competition for snow and ice sports.Over the modern era, the US has dominated at the Olympics. Americas 929 gold medals and 2,302 overall are both more than double the second-place nation, the Soviet Union (440/1122). And given the Soviet Union no longer exists, the US should hopefully keep expanding on their lead.
Britain meanwhile is third on the all-time list (209/725). At present, the US faces stiff competition from China. Given Chinas growing prosperity and huge population, it appears the US and China are set for some riveting medal races in the years ahead.