Loncat ke konten
Beranda History History of the Apple II
Its not quite the iPad, but it put Apple Computer on the map. The Apple II was Apple Computers first market hit. Launching in 1977, it was the computer that drove Apple from startup to a true enterprise. After achieving 2,500 units sold in its first year, the Apple II would grow sales to 210,000 units in 1981.
Moreover, the Apple II had amazing staying power  the computer and its variants were in continuous production for over 16 years and sold about 6,000,000 units overall. It was the cash cow product that allowed Apple to withstand a wave of product failures in the 1980s (including both the LISA and early softness in Macintosh sales). As a result, it has a special place in the history of Apple and worthy of a brief overview: The Apple II is often credited as Apples first revolutionary invention and the first truly revolutionary computer.
The reason why is that it is often cited as the first personal computer that normal people could use and would want to use. It ran right out of the box and supported color displays. It also supported some important productivity software like early predecessors of Microsoft Office and VisiCalc (a popular spreadsheet program).
These major steps forward in computing were key in transforming what was historically a nerdy hobby gadget into a true tool for consumers and business people. 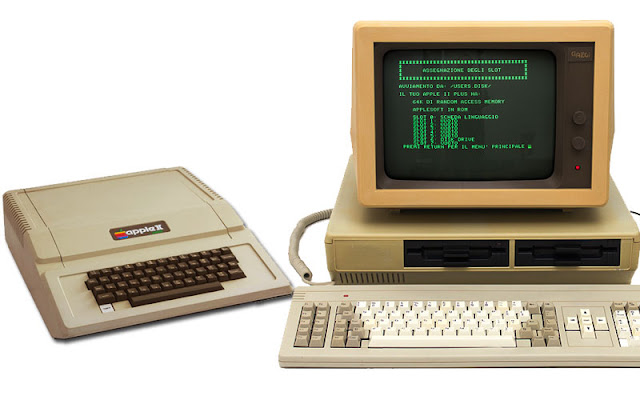 Factoid Alert: Apple went public on the strength of Apple II sales in late 1980. It would become the most oversubscribed public offering since Ford Motors in 1956 and made 300 of its employees instant millionaires  the most ever at the time.
The brains behind the Apple II was Steve Wozniak. He along with Steve Jobs founded Apple Computer in 1976. While Wozniak was the technical genius who engineered the guts of the Apple IIs hardware and operating system, Jobs would grow to become the teams design maven. His contributions to the Apple II were more limited than to other products Apple would go on to develop, but he nonetheless helped ensure it was aesthetically pleasing through his work to develop a smooth, clean plastic case (inspired by Cuisinart blenders he saw in Macys).
He also contracted work out for development of a revolutionary type of power supply that threw off less heat when providing power and negated the need for a cooling fan.The Apple II launched at a starting price of $1300. The base model featured a whopping 4K of RAM. While orders of magnitude less than PCs or mobile phones these days, at the time it was respectable firepower that could run some early productivity and gaming applications (some requiring add-on peripherals and expansion RAM).
While Apple would prove to have many, many more tricks up its sleeve, the Apple II still stands out as its first big win  and a necessary one to fuel its future product development magic. As a result, it has a special place in computing history.