Loncat ke konten
Beranda History Guy Bluford The First African-American to Travel to Space
As part of our coverage of Black History Month, has dedicated Mondays this month to covering one topic in African-American history. Today’s article will explore the life and contributions of Guy Buford.
Guion (Guy) Bluford was the first African-American to travel to space. As a mission specialist aboard the shuttle Challengers August 1983 space flight, Bluford logged 98 orbits of the Earth over a span of 145 hours. His crew deployed the Indian National Satellite and studied the effects of space flight on human biology. The mission was also significant in that it featured both the first night-time launch and landing for the space shuttle.
The mission is best remembered, though, for Blufords trail-blazing achievement. He opened the doors for other African-American astronauts including Mae Jemison, the first black female astronaut (1992), and Frederick Gregory, the first African-American shuttle commander (1998). 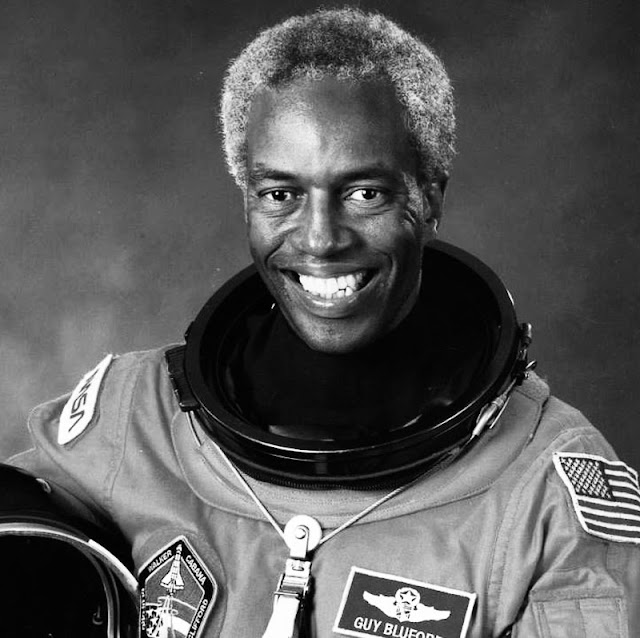 Bluford accomplished a great deal outside of this historic flight. Born in Philadelphia in 1942, he graduated from Penn State with a degree in aerospace engineering in 1964. While at college he was a part of, and excelled in, the Air Force ROTC program. Upon graduation he joined that branch of the armed services and saw duty in Vietnam. Overall he logged 140 combat missions and was highly decorated. Following Vietnam, Bluford earned his Masters and Ph.D. in aerospace engineering at the Air Force Institute of Technology.
Blufords piloting ability and engineering background helped him earn admittance into NASAs astronaut program in 1978. Bluford completed three additional flights after his historic 1983 mission, logging a cumulative 688 missions in space. Bluford retired in 1993 and has held roles at private defense and aerospace contractors like Northrop Grumman and Federal Data Corporation.
Although the space shuttle program has since been moth-balled, the historic accomplishments of astronauts like Guy Bluford will be remembered and celebrated for generations to come.