Loncat ke konten
Beranda Book Adolf Hitler The Definitive Biography
This book has to be one of the longest biographies ever written about a historical figure, but it is greatly the worth the effort expended to read it. John Toland is as good a historian as one will ever experience in the modern era. His books, to a one, are eminently readable. There is no historian who can make his subjects appear so lifelike, even to those who lived long after the events he writes about.
By taking actual quotes and putting them into proper context, Toland marinates a genre long known for its aridity. Hitler, the man, was as complex a person on the political stage as any that preceded him, or have followed. Toland wades through Hitlers many complexities and seeming contradictions and sheds light on what drove the Fuhrers madness and his need to bring Europe (and later the world) to the brink of destruction.
Toland offers plausibility to what drove Hitler to vilify and massacre the Jewish race in Europe, his goals of conquest, and his political system…areas in which historians have argued about for generations. 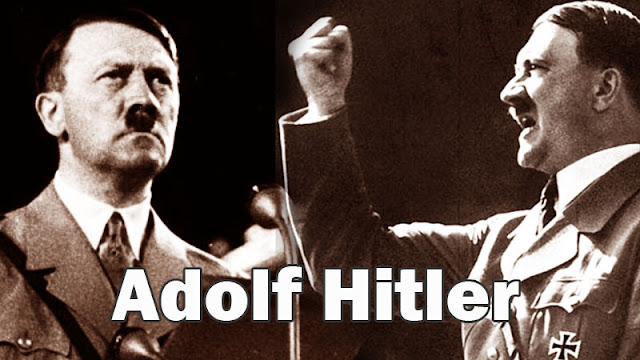 We learn many things about Hitler’s childhood and early adulthood, things which may shed some light on the future dictator’s reason deter. From a disappointing childhood to dreams of being an artist and architect in Vienna, Austria, to his service in the German army during World War I, Hitlers dreams of a Germanic empire are mapped out every stage of the way.
Toland’s treatment of Hitler is fair, which is deeply hard to do, as the leader of Germanys Third Reich has caused much misery and destruction to people all over the world. His detachment makes Hitler appear much scarier. It is hard to envision a man who would hold so true to his demonic visions over a span of twenty years, as Hitler did with his blueprint for domination of Europe and the Soviet Union.
If you love twentieth-century history, particularly that of World War II, this book will satisfy your craving…and then some! I highly recommend all of Toland’s books relating to the World War II era, particularly “The Last 100 Days” and “Infamy,” which is about the Pearl Harbor attack by Japan on the U.S. on December 7, 1941, and the apparent subsequent cover-up by the government of its foreknowledge of the attack. Toland has also written a couple of fictional books that are not quite as good, but worth a look-see.
I had the opportunity of corresponding and meeting John Toland when I was a teenager, and he was a remarkable man and a great writer. This is by far the best and most readable biography ever written on Hitler. Toland eschews, thankfully, the ridiculous psycho-babble which ruins many other major Hitler biographies.
Toland interviewed over 300 people close to Hitler: Trade Junge, his secretary, Max Wunsche and Richard Schultze, his adjutants, Eva Brauns best friend and many others. He went to the source, and his oral interviews constitute a tremendous historical resource.
Toland shows that Hitler was s*xually normal, which is important since Hitlers supposed “deviant s*xuality” is the lynchpin of many inferior books.
If you are to read one book about Adolf Hitler, make it this one. Nothing better has come down the pike in the 25 years since this books publication. For anyone interested in the history of the 20th century and World War II, this is a must read.
As an amateur student of WWII history I have tried hard to understand more about how the major “players” came to be, thought, and operated before, during, and after (when applicable) the war. John Toland’s biography of Hitler is an amazing piece of historical literature!! If you’ve ever read any of Toland’s books (I’ve read “Battle: The Story of the Bulge” and “The Last 100 Days” – both excellent), you know he can convey a story that makes the words feel alive. He does that here equally as well in a 900-page masterpiece.
He starts with a historical background of the Hitler lineage (and possible Jewish blood!) and ends in with various Nazi elites and their capture, deaths, etc. after the fall of Berlin and Hitler’s suicide.

In between we get a marvelous picture of a child Adolf – his closeness to his mother and estrangement from his father; a young man searching for his place – time spent in Vienna flop houses struggling to survive, failing to achieve and finding his place in the political upheaval leading to the Great War; his time at the front – from runner to gassed Iron Cross winner; his “Time of Struggle” in forming the NADSP and leading a failed putsch, prison, and release to a country ready to embrace him; to his rise to Chancellor, dictator, statesman, warlord, self-proclaimed Christ, mass murderer; to a broken, pre-aged, sickly man how ultimately takes his own life to avoid paying the butchers bill. Toland weaves a story that is both easy to read and historically engaging.
Post Views: 18