Loncat ke konten
Beranda History A History Of Yugoslavia
A History Of Yugoslavia – Yugoslavia is a difficult country to pin down follow successive maps across the twentieth century and you see it move around becoming smaller and smaller as the decades roll by. The country was a confusing melting pot consisting of many different peoples languages religions and cultures.
Ancient peoples had inhabited the lands that made up Yugoslavia for thousands of millennia before the Roman Empire took control of the region in the first century CE. Slavic tribesmen breached the Empires borders during the fifth and sixth centuries they then allied themselves with the Avars reaching as far as Constantinople and thus precipitating the arrival of Serbs and Croats into the region.
In the subsequent centuries Slovenia Serbia Croatia Montenegro Bosnia Macedonia and Albania had virtually independent histories. Slovenia was consecutively under Frankish eight century Bavarian ninth century and Austrian fourteenth century rule until 1918. A Serbian empire emerged in the thirteenth century but was brought under Turkish rule in the fourteenth century and remained so until the nineteenth century. 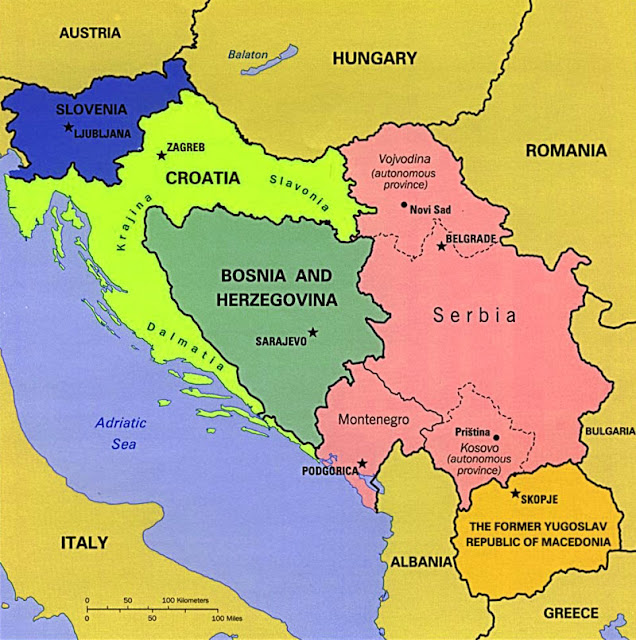 Read also: Art The Eye As A Human Slide Projector