They were also the center for the gathering of people. These fire pits were in the center of an area. This allowed for the maximum number of people to gather around and experience the heat. The problem with a fire pit in a cave or any other enclosed structure is you need a way to let the smoke escape. With the first straw huts the smoke was able to escape through the tiny opens in the straw. Or as in the case of Indian tipis an opening was placed in the top of the structure to let the smoke escape. 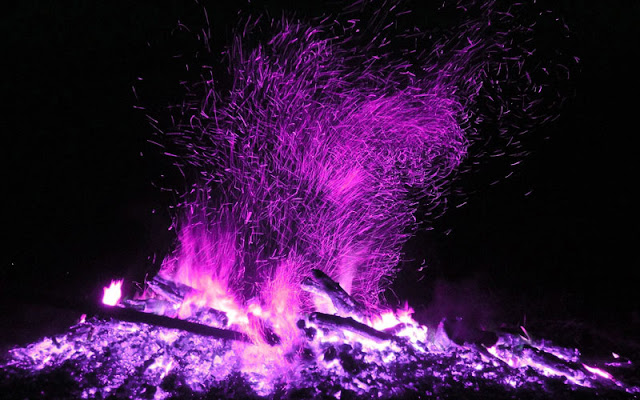 This lasted for thousands of years
1100s
Around the 1100s the fireplaces moved from the middle of the dwelling to a position against a wall and in this century the chimney began to come into use. About this time you start seeing fire hoods is this time true? At first these were purely functional but eventually took on an ornamental purpose also.
1500s
When buildings started having second stories people wanted fireplaces on the second floor also. These early fireplaces vented the smoke out of the building horizontally and since smoke wants to move vertically it was just as likely to come back into the room. Now the real use of the chimney came into play. This device allowed the smoke to rise vertically and flow out of the building. The first and second floors would share a common chimney structure. The chimney was a critical innovation. About this time architects began to seriously study fireplace design.
1600s
Sir Christopher Wren one of the greatest English architects and the redesigner of St. Pauls cathedral in London began to design fireplaces to go with the look of the room. Under Wren fireplaces were no longer objects with no design ties to the rest of the room. Now the fireplace became an architectural feature of the room.
In 1678 near the end of his life Prince Rupert of the Rhine a nephew of Charles I of England discovered that raising the frame used for holding the burning fuel allowed more air circulation.; Now the air could get underneath the fire and fuel it. His design also included a switchable baffle to allow the air to flow up then down then up again. This meant that hot gases had longer to travel before being completely burnt thereby producing more heat.
1700s
In the 1740s a prominent American living in Philadelphia named Benjamin Franklin invented a unique stove that became known as the Franklin stove. This moved the heat source back into the middle of the room which helped in heating the whole room more evenly. The stove was made out of cast iron. This continued to radiate heat long after the fire was out. The stove had more advanced features than Prince Ruperts discovery. The Franklin stove allowed the hot gases to travel even further and this was more heat efficient. A heat vent at the top allowed the heated air to escape into the room. This provided convection along with radiated heat.
The Franklin stove had a flaw though. The smoke was vented from the bottom and air could not be drawn in. Another Philadelphian named David Rittenhouse added an Lshaped stovepipe to move the air through the fire and vent the smoke out through the chimney. This vastly improved the performance of the Franklin stove and by the end of the 1700s the stove was being used throughout the new country.
In the late 1700s Count Rumford Sir Benjamin Thompson born in the United States and later moved to Bavaria designed the first fireplace with a tall and shallow firebox. The firebox reflected heat more efficiently and provided a much better way for smoke to escape.

Count Rumfords design is considered the foundation of modern fireplaces. His design led to a decrease risk of chimney fire and allowed the chimney to be placed in the wall of the home. Before this chimneys were designed to be kicked away from the home when they caught fire!

The industrial revolution led to large scale housing developments that brought about the standardization of fireplaces. The best known fireplace designers of this time were the Adam Brothers architects. They perfected a style of fireplace that was used for generations. It was a smaller and visually lighter fireplace and emphasis was placed on the quality of the materials.
1800s
By this century the basic structure of the fireplace was in place. It consisted of two parts ndash; the surround and the insert. The surround is the mantle and sides and was usually made of wood marble and granite. The insert is the part of the fireplace where the fire is burned. This part was constructed of cast iron and sometimes decorated with various tiles. The Victorian era viewed fireplaces as adding a cozy quaint environment to homes. A beautiful fireplace added a touch of class to the home.
Early 20th Century
After World War I the Art Deco movement focused on function over form. It emphasized modern aesthetic values and fireplaces built during this period reflected this trend. Then with the wide spread destruction of Europe caused by World War II there became a real urgency for housing and with that began the development of prefabricated electric fire and fireplaces.
Mid20th Century
With the introduction of central heating the fireplace became more of a decorative statement in the home rather than a source of necessary heat. But the recognition of the importance of a hearth to family and home began to be acknowledged and there was a refocus on more traditional fireplace design. Today a fireplace in the home provides heat and an architectural element. In many homes the fireplace is the center for social gatherings.

They are appealing since they add a certain amount of style to a home. And who doesnt find a fire mesmerizing and relaxing. In our post industrial modern society their purpose has evolved from providing necessary heat and cooking to a symbol of warmth and love.