The relief of the country of Australia – Based on reliefs, Australia is divided into three sections, namely:
1. Western and Central which is a Mountain Plateau.
In the area, there is the desert Gibson Desert and Victoria. Half of Australia’s land area is the desert.

3. Middle Area between the plateau of the West with the Eastern mountain range
In this area, there are lowland Murray-Darling and Lake Eyre. Swan River can be utilized for farming throughout the year. 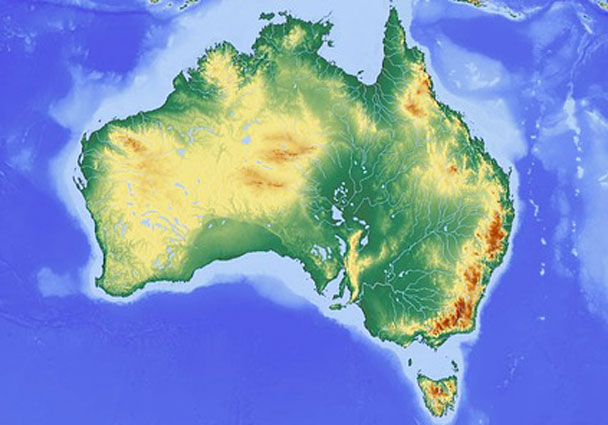 The Great Barrier Reef (great barrier reef) is located on the East coast of the beautiful Australia and became tourist attractions. The vast gulf that exists, i.e., a large Australia Bay in the South and the Gulf of Carpentaria in the North.

Read also: Australia about the country

That’s what can we inform Relief of country Australia, additional historical records may be of benefit to you.