Loncat ke konten
Beranda History Gus Dur, Our Champion Of Religious Tolerance
Gus Dur, Our Champion Of Religious Tolerance – The news that Abdurrahman Wahid, leader of the 40 million-strong Muslim organization Nahdlatul Ulama and a former president, passed away late December might not come as a shock to many. Gus Dur, as he is known colloquially, had suffered complications from kidney and heart disease, as well as diabetes for the past several years; he was partially blind.
Yet, his death is a huge loss for the nation. No other person is as well-respected as Gus Dur politically or culturally for championing religious tolerance and democracy. Gus Dur had no reluctance to state publicly to his fellow Muslims – Indonesia’s dominant majority – that tolerance and equal rights for minorities are prerequisite for progress. In 1997 Gus traveled to Tel Aviv – with which Indonesia has not had diplomatic relations – to join a peace declaration promoted by the Shimon Perez Institute. 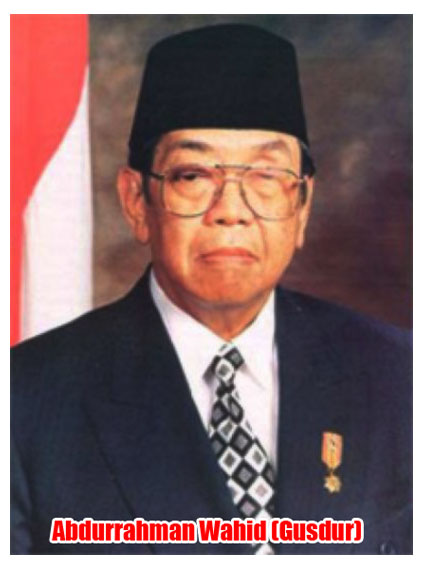 As president, Gus decreed the Chinese lunar new year an official holiday, lifted the ban on public displays of Chinese characters, opened negotiations with the Free Aceh Movement, and apologized for human rights violations during Indonesia’s 24 years of rule in East Timor.
Against the backdrop of a national landscape plagued by political disarray and financial collapse, his presidency was short-lived, lasting only from October 1999 to July 2001, during which time he sacked powerful politicians and generals in his coalition cabinet for corruption or involvement in human rights abuses.
Gus Dur’s departure comes at a time when concern looms – particularly among religious minorities – over a strong push by some segments of society – including radical Islamic groups – to introduce strict Islamic syariah law. What appears to have been happening is that the syariah law that has been incorporated into laws in parts of the country has been imposed not only on Muslim populations, but also on religious minorities. The result has been what Gus Dur fought throughout his life – increased intolerance.
Unable to make a strong foothold in big cities, recent movements by strict Islamic groups to introduce and strengthen the presence of syariah law have been carried out in small, rural towns and villages.
Most Indonesians remain positive that their nation can remain a pluralistic and open society for years because the majority of Indonesian Muslims are politically and socially moderate. Over the past decade, Indonesia’s experimentation with direct, open presidential and lower-level elections has been stunningly successful. However, unless Indonesian people and politicians maintain their enthusiasm for tolerance as Gus Dur advocated, we have reason to be apprehensive about what the future holds.

Read also: Regions, countries and other entities with their official codes