Loncat ke konten
Beranda History The solidarity of the peoples of Asia and Africa after World War 2
The solidarity of the peoples of Asia-Africa after World War II – History, in the social life of politics, the Nations of the Asia-Africa that time had the same fate. The Nations of the Asia-Africa in colonial times have experienced. They both feel the suffering due to colonization of the West. Because it is natural if there is a sense that much and equations. This is what encourages the emergence of solidarity of the peoples of Asia-Africa.
A sense of solidarity it is becoming increasingly evident, especially after the end of World War 2. Because after the end of the war, many countries in Asia to successfully achieve independence, while African countries still in a State of colonized. So of course there’s efforts for the people of Asia to help his friend in Africa.
At that time also happens to new developments, namely the existence of a rivalry between the two blocks, i.e., the Western front and the Eastern bloc. Western bloc spearheaded by the United States and the Eastern bloc or Socialist Blog spearheaded by the Soviet Union. 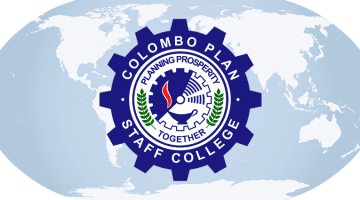 For countries in Asia and Africa that had just become independent, let alone who have yet to become independent, it is not possible to recapitalise two blogs. Then to maintain the honor and his pride needs to be reinforced a sense of solidarity between the Nations of Asia and Africa.
As evidence of the existence of a sense of solidarity that is the Asian-African Conference held by i. this venture as well as join the keeping world peace.