Loncat ke konten
Beranda History The sense of history according to the history of the world
The sense of history according to William h. Federick, etymologically the word “history” is taken from the Arabic word “syajaratun” meaning tree. The word tree is then connected by lineage or origin of the Royal family or a particular dynasty.
The use of the word tree shows that history has a beginning that continues to grow and evolve from a simple level up to the level of the complex. History can be described as a tree growing from the root to smallest twigs.
The word syajaratun later in the Malay language developed into syajarah, and in the language of Indonesia became history, which means a picture pedigree or lineage.
In the great dictionary of Indonesian Language, sense of history is as follows:
The sense of history, it turns out that not only means events that have happened in the past, but it also means the study or research that systematically over the event, in other words, history is also a science.
The focus of history as a science (history of science) is the systematic study of the events of the past of mankind. That is what is called historical research. 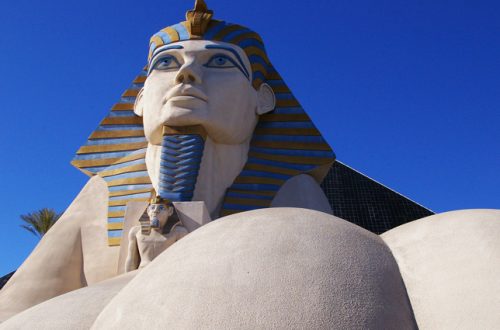 The resemblance of sense of history according to historian
We already know the two scopes of history as events and as a science. As the philosopher, historian of science, and other social scientists have provided its own definition of history, but one with which others have similarities. More information as follows:
1. Herodotus (484-425 BC), the philosophers of Greece said that history is a study to tell the ins and outs of jatuh-bangunnya a character, society, or civilization.
2. Aristotle (384-322 BC), the philosophers of Greece also argues that history is the systematic research activities regarding symptoms of nature, especially regarding human life in chronological order.
3. Ibn Khaldun (1332-1406), defines history as records about humans or human civilization as well as the overall process of change taking place, which includes the reality and sebab-akibatnya.
4. R.G. Collingwood (1889-1943), defines history as the investigation about the things that man has done in the past.
5. R. Mohamad Ali, defines history as follows:
6. Roeslan Abdulgani, defines history as one of the branches of science are researching and investigating the development of the whole society in a systematic and humanity in the past along with the events in order to evaluate it critically and then be used as a guideline to assess and determine the present situation and future direction.
7. Muhammad Yamin, defines history as science compiled over the results of the investigation of some of the events that can be proven.
Having regard to the above definitions we can formulate the notion of history as follows:
History is a science that studies a range of important events or events in the life of the mankind in the past.
The three principal elements of the history
The word history in Indonesia language the same sense with the word History in the language of the United Kingdom (from the Greece istoria), geschichte in the language of Germany, or the Netherlands language geschiedenis, meaning the investigation, gathering, organizing, and presenting information about the events of the past.
Based on such understanding, history has three principal elements, namely human, space, and time.
1. Human
In the event of human history became a key element, as well as the main character in a drama. The role of humans is very decisive in an event. Human history has been history, not history or natural history of animals or plants. The event is also examined events related to human beings.
2. Space
The event or events (past tense) this happens in certain places or spaces. The elements of this space will make our understanding of historical events to be real.
3. Time
Historical events happened in the past, not the present, let alone the future. This is an important element of the concept of history. Time becomes an important element, because the journey of human life cannot be released from them.
In other words, human history is a process of a trip in a time line since ancient times, times now, and the times to come. Then, in history known by what is called the chronology and periodization.
Timeline is a timeline of occurrence of an event of history. While the periodization is the pembabakan period or the time to make it easier to understand the events of history.

Read also: The solidarity of the peoples of Asia and Africa after World War 2