Loncat ke konten
Beranda History The fall of Majapahit Kingdom
History – Between in 14th and 15th century, Majappahit Kingdom underwent a decline which was due to the following things.
1. The death of Hayam Wuruk in 1389 and Gajah Mada in 1364, and there was no substite figure who was capable and dignified enough.
2. Paregrek War (1401 – 1406) between Bhre Wirabhumi and Wikramawardhana had weakened the kingdom.
3. Some kingdoms that were subordinate to Majapahit tried to separate.
4. Islam started to develop in the north coastal areas of Java, so many people then became the disciples of Muslim rulers. 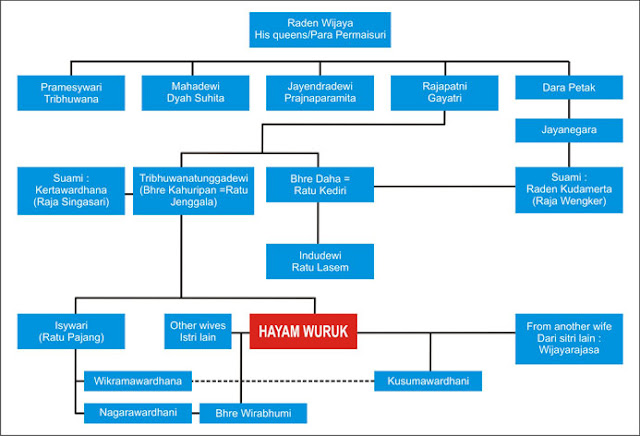