History-Around the 16th century, there were already some developing kingdoms in Maluku. The oldest one was Jailolo Kingdom, and the other kingdoms were Ternate, Tidore, and Bacan Kingdoms. But later on only Ternate and Tidore kept developing.

The development of Ternate and Tidore was due to the efforts of the rulers to make their kingdoms producers of spices, especially clove and nutmeg. Spices were demanded by the Europeans to he used as medicines and food seasonings.

Since the commodities were rare in Europe and the distance that had to be travelled to carry them was very far, the price of the commodities became very high, and this had resulted in prosperity among the people of Ternate and Tidore in particular and the people of Maluku in general.
The kingdonms in Maluku had developed economic relations with the trade ports in Java. Merchants from Maluku often visited the ports of Surabaya, Gresik, and Tuban. Likewise, merchants from East Java also visited Maluku to do trade and spread Islam in the silands.

When Ternate and Tidore were ruled by Sultan Ben Acorola and Sultan Almancor, the two managed to uplift their countries to be prosperous and strong kingdoms. These countries had tens of ships which were used in wars or to control the sea aroun the capital town of Ternate, Sampalu, which was their trade area.

Houses were built on tall pillars and a palace was also built, surrounded by walls, a ditch and fortification with trap holes which made it difficult to be penetrated by enemies. It turned out that the development of the two kingdoms led to a competition of hegemony and control over the surrounding areas.

As a result, two alliances appeared in the 17th century, they were called Uli Lima and Uli Siwa. Uli Lima was chaired by Ternate, with Ambon, Bacan, Oli, and Seram as the members. Uli Siwa which was led by Tidore consisted of Makean, Halmahera, Kai, and the nearby islands, even the west region of Papua.

Ternate Kingdom reached its golden period during the reign of Sultan Baabullah, while Tidore reached its peak under the rule of Sultan Nuku. The rivalry of the two kingdoms was made use of by foreign peoples by bringing them into conflict with one another. The goal was to monopolize the two spice-producing kingdoms.

Next article : Forms and characteristics of Islamic historical remains in various parts of Indonesia 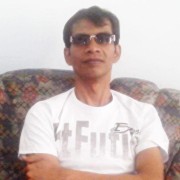 The development of Islamic in Gowa Tallo Kingdom