Loncat ke konten
Beranda History Trouble on the Frontiers
History of england timeline. After we have discussed The Baron’s Revolt. then we will return to Trouble on the Frontiers. For centuries, the border between England and Scotland has run from the mounth of the Tweed to the Solway Firth. Teh early Scottish kings would have liked to push it southwards – to encompass Cumbria and Northumbria. Teh English kings insisted that the Scots should pay taxes, behave themselves, and keep their hands off northern England.
William I had conquered Scotland, but his successors were unable to keep the Scots under control. In 1174, William the Lion of Scotland marched his mewn across the Tweed. On a misty summer’s morning, he came across a party of English knights outside Alnwick Castle.
In the bad light, he mistook them for his own followers. He was captured with scarcely a strunggle. Five months later, at Falaise in Normandy, he swore an oath of allegiance to Henry II. Twenty-one Scots barons were surrendered as hostages. Scotland was now firmy under the English thumb.
When Ricard I came to the throne, he did not mind very much what happened, so long as he could raise money for his crusade. William paid him a substantial sum and Ricard released him from his vows of obedience.
A weak king of England suited Scotland. Edward I, who came to the throne in 1272, was anything but weak. Not without reason, he became known as ‘the Hammer of the Scots’. He was, however, prepared to try diplomacy. In 1286, the sovereignty of Scotland passed into the hands of the King of Norway’s daughter, a little girl named Margared. 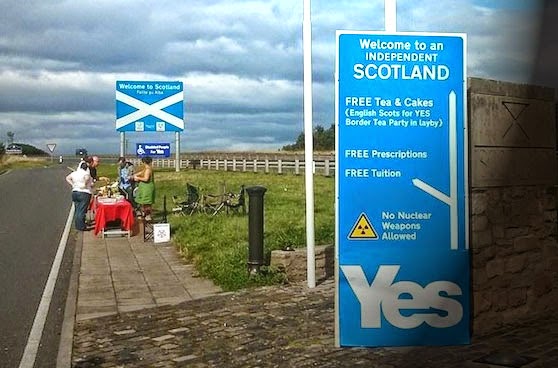 When she was older, Edward decided, she must marry his son. A ship laden with sugar loafs and gingerbread, figs and raisins, was sent to bring her from Norway to England.

Somewhere in the region of the Orkneys, a storm blew up, and poor Margaret died of sea-sickness. Hopes of a peacefull life between England and Scotland died with her.
There were now two contenders for the throne of Scotland : a man named John Balliol and another named Robert Bruce. Edward decided to make the choice. He picked John Balliol as most likely to fit in with his plans. As Edward had sensed, he was a weak character and he was harshly treated. But there was a limit to the amount of humiliation even he could take. In 1296, goaded by his advisers, he rebelled.
Edward promptly marched into Scotland. The revolt was crushed, and John Balliol field to France. As a final insult, Edward took the Stone of Scone back to England with him. Seven hundred years earlier, this slab had been quarried in Ireland and brought to Scotland, where, kneeling upon it, Scottish kings had accepted their inheritance. It was, indeed, the very symbol of Scottish monarchy and independence.
The degradation was complte. But the spitir was far from crushed. Under Sir William Wallace, the Scots fought back. At Stirling in 1287 Wallace defeated an English force by springing an ambush as it was crossing a bridge.
Edward came storming northwards with his barons, his knights, and the rest of the army. Wallace was driven underground, and for the next seven years waged guerrilla warfare. In 1304, he was captured and executed.
Three years later, Robert Bruce (son of John Balliol’s rival) crowned himself King of Scotland. Again Edward hurried towards the border. But now he was old and tired. Somewhere north of Carlisle, he died. Bruce could breathe more easily.
His moment of glory came in 1314. The scene, once more, was Stirling. The English forces were now under siege in the castle. Edward II attempted to relieve them. When the fighting stopped, the burn of Bannock was bridged by the corpses of dead warriors, and the English were in full flight. Scotland was free at last.

Read the next article : The Conquest of Wales