Loncat ke konten
Beranda History Town and trade in the middle ages, British rich raw materials
History of England timeline. Medieval towns were usually built at crossroads, or at points where it was possible to cross a river. They were small by todays’s standards – some no bigger than a large village. Their inhabitants grew crops on the town field; grazed cattle on the common pasture. In 1388, a law was passed by which journeymen and apprentices had to put down their tools at harvest time to help cut and gather in the corn.

The houses, built from wood and plaster, were crammed together. There was no sanitation, and the smell was atrocious. Not surprisingly, they were breeding grounds for the plague and other diseases.

Livestock roamed the streets (except in London, where it was forbidden. Anyone who came across a stray pig was entitled to cut its throat and take its carcass for pork). There were no policemen and no street lighting. Anyone who went out alone after dark was asking for trouble. Admitedly, the whipping post, the stocks and the gallows stood in the square as grim reminders of punishment. 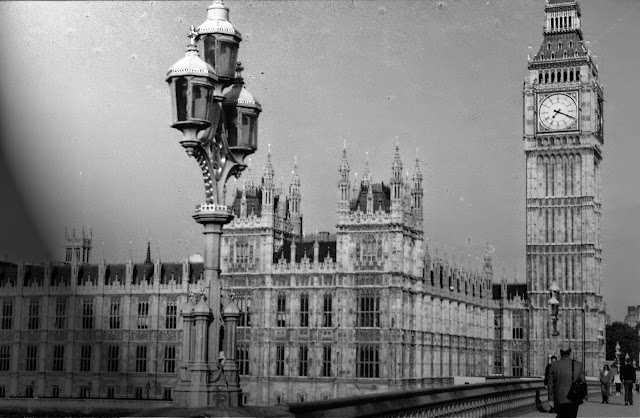 London was, and had been for some time, and important city. Ships came up the Thames; foreign merchants established themselves in big houses. Craftsmen and merchants tended to keep together, and streets were named after their trades. You can find a reminder of it today in such places as Bread Street and Leather Lane.

Merchants and craftsmen formed guilds. The guilds controlled prices (and profits); dealt with justice; looked after welfare necessities; and negotiated with the lord of the manor. They also controlled the training of apprentices and the standard of workmanship.

At first, the craftsmen’s guilds were not very powerful. The workshops were small; the master, the journeyman and the apprentice all worked and ate together. Later, as insdustry expanded, the gap between employers and employed became larger. There were strikes for higher wages, and the guilds became the forerunners of present day trade unions.

Trade over long distances was difficult. The magnificent Roman roads had long crumbled, and the only highways were rough tracks. At sea, ships were lost in storms. Some fell victtim to pirates.

But business was brisk. From East Angila, Yorkshire and the West Country, Britain was exporting the finest wool in the world. And then there was tin from Cornwall, iron ore from the Forest of Dean, coal from Newcastle, lead from Derbyshire, and so on. The country was rich in raw materials. They paid for imported luxuries such as wine and spices, silks and satins, oranges and lemons.

A great deal of British wool used to be exported to Flanders, where it was made into cloth. But then people began to ask themselves whether this was a good idea. If the Flanders weavers could make money from British wool, why should the end product not be made in Britain? Small industries were set up.

The government encouraged this enterprise by charging duty on the export of wool. It had to leave the country as bales of cloth. Inevitably, this resulted in smuggling – especially in the south-east. But the cloth trade flourished, and marked Britain’s first bid to become an industrial power. Read previous article:  Canterbury Cathedral Britain in history, or next article: Hundred Years War between England and France