Loncat ke konten
Beranda History Betrayal
History of Britain, Betrayal. In Scotland, the Vikings, the Picts and the Scots were all at war with one another. At last, in the same years as Turgeis founded Dublin, there was a decisive battle. After the fighting had stopped, a Scot named kenned was able to proclaim himself first King of Scotland.
Down in England, the country was ripe for invasion. In 866, York feel. The kingdom of Mercia followed, and then it was East Anglia’s turn. By the winter of 878, only Wessex remained independent. 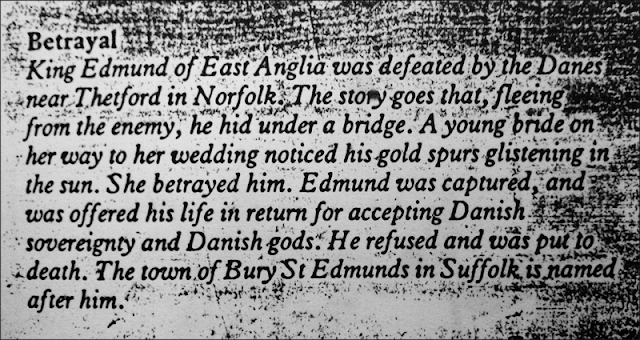 The Danes had established a base at Reading, and their supplies were coming up the Thames. At first it seemed as if Wessex might share the fate of the other kingdoms. In the winter of 878. the 22-year old King Alfred was forced to flee and hide up among the Somerset marshes.

But Alfred returned in the spring. He gathered an army, and routed the Danish forces at a battle near Southampton. Two days later, at Chipenham, the Danish leader – Guthrum – surrendered.
Guthrum was given a lesson in Christian kindness. Far from putting him to death, Alfred offered him generous terms. The Danes, he said, must promise to quit Wessex, but they could have a large slice of eastern England. They were not to strip it bare with another orgy of plunder, but to settle down and farm it. Guthrum agreed.
He must have found this demonstration of charity convincing. Not long afterwards, he asked to be baptised, and the name Alfred as his godfather. Read the next article : The lands given to or taken by the Danes were known as Danelaw
Post Views: 13